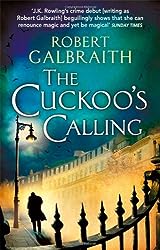 I was pleased this book was chosen for discussion for Cornflower’s Book Group because I thought it was a brilliant  book when I first read it some years ago. I like to re-read books I’ve enjoyed and sometimes I find that my views/mood have changed and I no longer think the book is as good as I first thought. No such problem with The Prime of Miss Jean Brodie! I still think it’s an excellent book.

It’s set in Edinburgh and starts in 1936 with schoolteacher Miss Brodie and the Brodie Set, a group of girls she has groomed to accept her ideas. The school is the Marcia Blaine School for Girls, a traditional school where Miss Brodie’s ideas and methods of teaching are viewed with dislike and distrust. The Head Teacher is looking for ways to discredit and get rid of her. The story is told in flashbacks from 1930 – 1939 and quite early on in the book we are told who ‘betrayed’ Miss Brodie.

Although it’s a short book I immediately was plunged into the school world, reminded so much of my own schooldays when you had to wear the school hat or beret under penalty of detention and it was absolutely forbidden that any girl from my school should be found eating even an ice cream in the street. Like the Brodie Set my friends and I used to meet boys either before or after school, both boys and girls leaning on the handlebars of our bikes as we talked. The likeness to Marcia Blaine ends there though – there were no teachers like Miss Brodie at my school, but I did enjoy that trip down memory lane for a brief time.

Team spirit is encouraged at Marcia Blaine but team spirit is despised by Miss Brodie, who encourages the girls to recognise their ‘prime’ and live it to the full. Instead of lessons she takes them outside and with text books open in case anyone comes she regales them with stories of her life and loves. Miss Brodie’s love affairs intrigue the girls, from her lover who was killed in World War 1 to the love triangle of Miss Brodie, Gordon Lowther the singing teacher and Teddy Lloyd the married art teacher with six children.

Miss Brodie wants to dominate the girls’ lives and the darker side of her character is shown through her admiration of Mussolini and fascism. Despite, or may be because, of her failings the girls are all loyal to her until one of them betrays her and she is left to wonder just which girl it was.

The novel is not so much concerned with plot as with character. The moral aspect of Miss Brodie’s betrayal is not questioned but how people are influenced by others, their vulnerability or indifference to others’ feelings and thoughts, how we appear to others and how we try to impose our beliefs are amongst the issues explored.

Coincidentally, I see that the film, The Prime of Miss Jean Brodie starring Maggie Smith is being shown on ITV1 today at 1.00pm. I saw this after I first read the book and loved it. Maggie Smith was just right as Jean Brodie.