I think that Northumberland is one of the loveliest parts of the United Kingdom, with the Cheviot Hills and in particular the beautiful golden sands along the coast of the North Sea. It also has a large share of castles. Since we moved here we’ve visited all of the coastal castles, except that is the ruins of the castle at Dunstanburgh. It’s a spectacular ruin standing alone on the coast on an isolated headland between Embleton and Craster, looking out over the North Sea.

Last Tuesday we decided it was time for us to go there. It was a lovely hot, sunny day and we walked from the car park down the road to the little village and harbour at Craster, well known for its kippers.

From there it’s about a mile and a half walk northwards along the coast to the castle, which is owned by the National Trust (NH) and managed by English Heritage(EH). But we never actually got to the castle, because the heat defeated us and my knee, which has been a problem for a few months now, became painful so we only walked about halfway there, then turned back. I took a few photos zooming in as close as I could:

Thomas, Earl of Lancaster began building Dunstanburgh Castle in 1313. He was the wealthiest nobleman in England at the time and later took part in the barons’ rebellion against Edward II, resulting in his execution in 1322. John of Gaunt modernised it in the 1380s and later during the Wars of the Roses it became a Lancastrian stronghold, finally falling into ruin in the 16th century.

We will go there again to see more. At least we enjoyed the coastal walk and the view of the castle, despite the heat. And as always I was trying to visualise what it must have been like when it was new and how it had changed over the centuries, thinking of the battles that it had seen, of all the people who had lived and died there.

One day last week we went for a walk. I  was a bright, but cold day and just an ordinary woodland footpath in winter 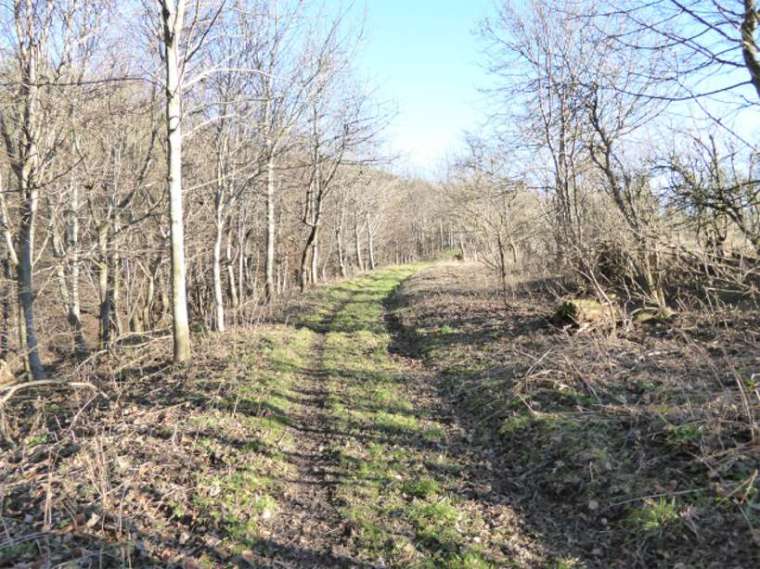 bare trees and snowdrops in flower:

There was no breeze as we went down to the river:

There’s a little hut on the riverside, now unused and peering through the window we could see it was half full of dead leaves.

We carried on through the woodland walking away from the river into a disused little quarry:

and then we came across some strange objects hanging from the bare trees. 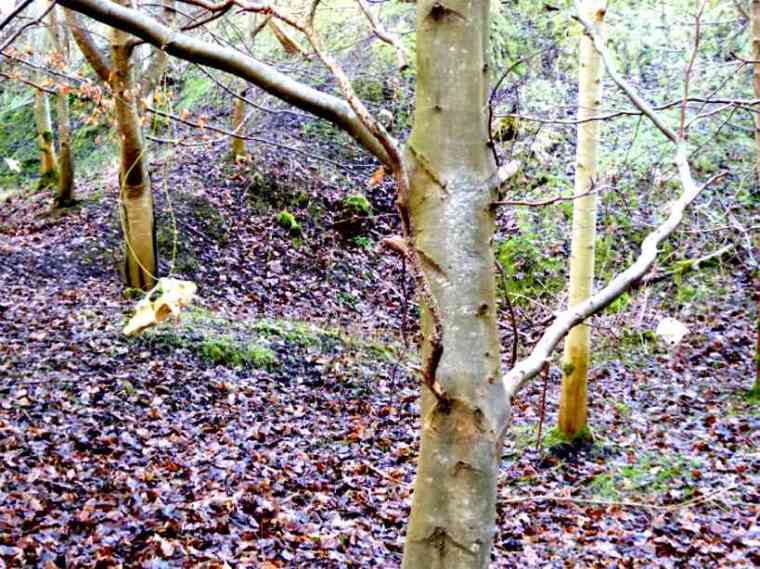 and then on one side of a tree a toy scarecrow:

and on the other a totem:

Now I’m wondering – what is it all about? What’s the story?

My snapshots today are of Inchree Wood and Righ Falls in Glen Righ, on the eastern side of Loch Linnhe, near Glencoe. It was a cool day in September this year when we walked up the woodland trail to see the waterfalls, but the views were still spectacular.

The walk is through woodland with views of Loch Linnhe below:

The waterfall comes into view:

It cascades down the hill side:

The trail continues uphill through broad-leaf and conifer trees:

through the viewing holes:

But we were disappointed not to see one!

Today’s Saturday Snapshots were taken on a local walk near home over two years ago. It was a few days after Christmas and the ground was still covered in snow, when we walked down to the River Tweed:

We walked through the woodland above the Tweed back home climbing over the ladder style from the woodland into the adjoining field. The photo below shows our  grandson climbing the style:

And this one is on the footpath in the field :

The other day D and I went for a walk by the River Till. From where we parked the car the path ascends above the river along a tree-lined path.

The remains of an old chapel, St Mary’s Chapel are just below the path – only the outline of the chapel and a cross can be seen.

D recorded the route on his iPhone – this extract below shows the position of the chapel.

The path gradually descends to the river side.

Then we spied a heron motionless on the opposite bank.

It saw us too and flew away. Then I spotted it in the river.

Again we were seen and it flew away. I just pointed the camera and hoped to capture it flying – you can just see it over the water

and landing on the bank further upstream.

We continued our walk along the riverbank, meeting a group of cyclists struggling to ride on the stony surface (the route is Sustrans 68).

After a rest on this seat we turned round and walked back.

We had a break in the snow this afternoon, the sun came out, the sky was blue so we ventured out for a walk across the road into the fields alongside a wood and then down to the river.

In the garden at the start of our walk

View across the field

Path above the River Tweed

and then looked down on the ice flows on the river.

The views were spectacular.

Sun going down on the River Tweed

Then the sky darkened and snow began to fall and so we made our way back home through the woods.

On such a beautiful sunny day, even reading The Madonna of the Rocks by Marina Fiorato (her new book due out in May) couldn’t keep me indoors, so D and I went out for a walk. Although it’s still only February it feels and looks as though spring is here. We went down a narrow uneven footpath near opposite our house to an old country lane and then across fields to the edge of a lake.

There were plenty of birds, including this heron perched on a fence in the distance.

As we continued on our walk overhead a red kite soared above the trees, chased away by the rooks making a terrific racket. The path home is over more fields rather wet and boggy after the wet weather and snow.

The cattle were also noisy, waiting to be let out into the fields.

Back over the fields. This is a well-used path but today we only passed one other walker.

Signs of spring along the way – snowdrops

On Monday D and I went for a walk with a friend alongside the Wendover Arm of the Grand Union Canal. It was a beautiful, sunny day and we enjoyed these views. This is the start of our walk.

The Wendover Arm was first constructed in 1797, but as sections of it leaked it was “de-watered”. From 1989 onwards it has been restored and this is what it looks like today.

Kingfishers can be seen along the canal, but we didn’t see any on Monday. There were lots of other birds though, ducks, moorhens, coots and dabchicks (otherwise known as little grebes), busy diving and collecting nest material.

The ducks were in fine form, taking off a high speed and then landing with legs flailing before splash-down.

Further along the canal we saw a swan sitting on a large nest over on the other side.

The canal opens up into an area known as the Wides, with areas of grass and shrubs with a tiny island on the far side. Trees have invaded what was once open water and without management the canal would disappear in a few years.

Then came a surprise – a pair of mandarin ducks. I’d never seen these before; they looked very different from the other birds on the canal, but just so beautiful. The male has very distinctive chestnut brown and orange fan wings sticking up above his body, whilst the female is a duller brown with white spots. They were swimming together in and out of the trees. When I came home I looked them up in our bird books. Originally from China these ducks like streams and overgrown lakesides in broad leaved woodland and they nest in tree cavities. The canal is the perfect place for them.