I’ve been doing quite well with reading books for my 10 Books of Summer Challenge – but not so well at writing reviews of them.

So here is a quick review of the first of my 10 Books. It’s also one of my TBRs, a book I’ve owned for a couple of years:

I loved On Beulah Height is Reginald Hill’s 17th Dalziel and Pascoe novel. He wrote 25 in this series and although it would probably make sense to get a picture of their development I’ve been reading them out of order. It doesn’t seem to matter much, but in this one there are a few references to something that had happened in an earlier case (told in The Wood Beyond) that had affected Pascoe personally. It had  filled him with anger and it is still affecting him, whilst investigating this case. But this book can easily be read as a standalone novel.

It is not just a crime fiction novel, it is also a book that raises many issues about parenthood, the relationship between families and their children and the devastation and anguish of parents and a community at the loss of a child.

I’d really like to re-read it some time as it is a complex book, that begins with a transcript written by Betsy Allgood, then aged seven, telling what had happened in the little village of Dendale in Yorkshire before the valley was flooded to provide a reservoir. That summer three little girls had gone missing. No bodies were ever found, and the best suspect, a strange lad named Benny Lightfoot, was held for a time, then released. Benny then disappeared from the area

Fifteen years later another little girl, Lorraine, also aged seven went out for a walk one morning with her dog before her parents got up and didn’t return home, reviving memories of the missing children from fifteen years earlier. It was a case that has haunted Dalziel – and the fears increase when a message appeared, sprayed on the walls: BENNY’S  BACK. It’s been a hot, dry summer and the buildings beneath the reservoir are gradually becoming visible and tensions are rising as memories of the missing children increase the fears for Lorraine’s safety.

This book is tightly plotted with many twists that made me change my mind so many times I gave up trying to work out who the murderer was and just read for the pleasure of reading. Hill’s descriptive writing is rich and full of imagery. The main characters are fully rounded people and the supporting cast are believable personalities, often described with wry humour. 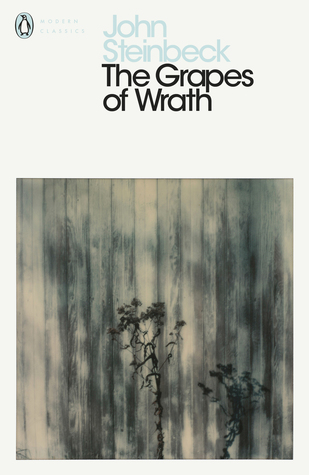 I’m making good progress with The Grapes of Wrath by John Steinbeck, and I’m still loving it.The Joads have arrived in California and it’s not what they expected – too many homeless, hungry people desperate for work being moved on from place to place. Steinbeck’s writing is detailed and richly descriptive. I feel as though I’m on the road with the characters.

I’m also reading On Beulah Height by Reginald Hill, crime fiction about missing children in a Yorkshire village. A little girl took her dog out for a walk early one morning and didn’t come home. Three little girls had disappeared 15 years earlier and their bodies were never found. I’ve read nearly half the book and as usual with Hill’s books I love the characterisation, the humour and his use of dialect. It’s the first of my 10 Books of Summer.

Recently finished: Come a Little Closer by Rachel Abbott – definitely creepy and disturbing. It’s the first book of hers I’ve read, but the seventh one she’s written. It reads well as a standalone. It’s described as a psychological thriller and the characters are certainly unstable, stressed and in complex and dangerous relationships. I gave it three stars on Goodreads – maybe that’s being generous, as I’m not at all sure I did ‘like’ it. 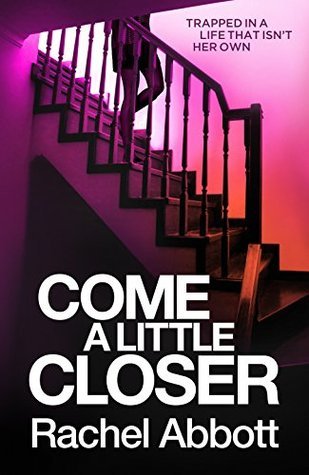 When DCI Tom Douglas is called to the cold, lonely scene of a suspicious death, he is baffled. Who is she? Where did she come from? How did she get there?

How many more must die? Who is controlling them, and how can they be stopped?

I may write more about this book once I’ve sorted out my thoughts about it.

Reading next: Stalker by Lisa Stone, due to be published tomorrow 14 June. 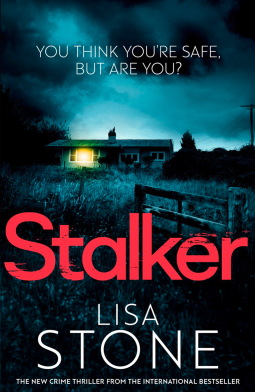 Someone is always watching…

Derek Flint is a loner. He lives with his mother and spends his
evenings watching his clients on the CCTV cameras he has installed inside their homes. He likes their companionship – even if it’s through a screen.

When a series of crimes hits Derek’s neighbourhood, DC Beth Mayes begins to suspect he’s involved. How does he know so much about the victims’ lives? Why won’t he let anyone into his office? And what is his mother hiding in that strange, lonely house?

As the crimes become more violent, Beth must race against the clock to find out who is behind the attacks. Will she uncover the truth in time? And is Derek more dangerous than even she has guessed?

This week I’m featuring On Beulah Height by Reginald Hill. This is one of the books I chose to spell my blog’s name and when FictionFan commented that I should take it off my TBR list and put it on to my Next Up list immediately, I thought that’s a good idea! I didn’t have a Next Up list – but I have now and On Beulah Height is at the top of the list.

It begins with The Transcript of Betsy Allgood

The day they drowned Dendale I were seven years old.

I’d been three when government said they could do it, and four when the Enquiry came out in favour of Water Board, so I remember nowt of that.

They moved everyone out of Dendale that long hot summer fifteen years ago. They needed a new reservoir and an old community seemed a cheap price to pay. They even dug up the dead and moved them too.

But four inhabitants of the valley they couldn’t move, for no one knew where they were. Three little girls had gone missing, and the prime suspect in their disappearance, Benny Lightfoot.

This was Andy Dalziel’s worst case and now fifteen years later he looks set to relive it. It’s another long hot summer, another child has gone missing and as old fears resurface, someone sprays the deadly message on the walls of Danby: BENNY’S BACK

I’ve enjoyed all of Reginald Hill’s books I’ve read so far, so I’m expecting to like this one too, after all FictionFan rates it and Ian Rankin is quoted on the cover saying he thinks it must rank as his best yet. It’s Book 17 in the Dalziel and Pascoe series.