This month the chain begins with Lucy Treloar’s Wolfe Island. It is a book I have not read but one I think I’d like. It’s about Kitty Hawke, the last inhabitant of a dying island sinking into the wind-lashed Chesapeake Bay. She has resigned herself to annihilation… until one night her granddaughter blows ashore in the midst of a storm, desperate, begging for sanctuary.

I’m beginning my chain with a book by another Lucy – The Book of Lost and Found by Lucy Foley. It’s the story of Tom and Alice beginning in 1928 in Hertfordshire and moving backwards and forwards in time and place to 1986, from Paris, to London, Corsica and New York. It all revolves around Kate, whose mother, June, had recently died in a plane crash.

The Flight by M R Hall is also about a plane crash. When Flight 189 plunges into the Severn Estuary, Coroner Jenny Cooper finds herself handling the case of a lone sailor whose boat appears to have been sunk by the stricken plane, and drawn into the mysterious fate of a ten year-old girl, Amy Patterson, a passenger on 189, whose largely unmarked body is washed up alongside his.

There is also a coroner in A Rustle of Silk by Alyis Clare – set in 1603 when former ship’s surgeon Gabriel Taverner has settled in Devon near his family and he is trying to set up a new practice as a physician. But it is not easy to gain the locals’ trust and someone is leaving gruesome little gifts on his doorstep. The local coroner, Theophilus Davey asks him to examine a partially decomposed body found beside the river. 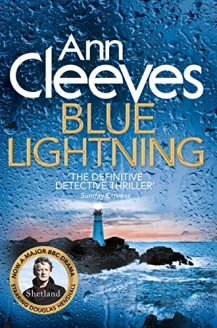 Another book with the word ‘silk’ in the title is The House of Silk by Anthony Horowitz, a Sherlock Holmes continuation novel. It’s narrated by Watson as he looks back on two of the most puzzling and sinister cases he and Holmes had to solve November 1890 – that of The Man in the Flat Cap and The House of Silk. The first involves an art dealer, Mr Carstairs who is being threatened by a member of the American Flat Cap Gang, whereas the second concerns the murder of Ross, a new member of the Baker Street Irregulars.

The Sign of Four by Sir Arthur Conan Doyle is my next link – the second book about the original Sherlock Holmes. Holmes and Watson investigate the mystery Mary Morstan presents to them – it involves the murder of Bartholomew Sholto, the Agra treasure stolen during the Indian Mutiny of 1857 and a secret pact between the four thieves – the ‘Four’ of the title, resulting in a chase down the River Thames in a super-fast steam launch.  I listened to an audiobook of the novel, narrated by Derek Jacobi.

My last link is another audiobook – Blue Lightning by Ann Cleeves, the fourth in her Shetland books, featuring Detective Jimmy Perez. It completes the chain too by linking back to Wolfe Island because it is set on another island, Fair Isle where Perez returns to his family home with his fiancée Fran. A woman’s body is discovered at the Fair Isle’s bird observatory, with feathers threaded through her hair, but as a storm sets in, Far Isle is cut off leaving Perez with no support from the mainland.

My chain is a circle beginning and ending with books set on islands. They move from Chesapeake Bay in the Mid-Atlantic region through mainland Britain to Shetland in the Northern Atlantic covering a variety of genres and time periods, including contemporary fiction, historical and crime fiction.

Next month (4 April 2020), we’ll begin with Anna Funder’s ‘classic on tyranny and resistance’ – Stasiland – the winner of the Samuel Johnson Prize for Non-Fiction 2004.

31 thoughts on “Six Degrees of Separation: from Wolfe Island to Blue Lightning”