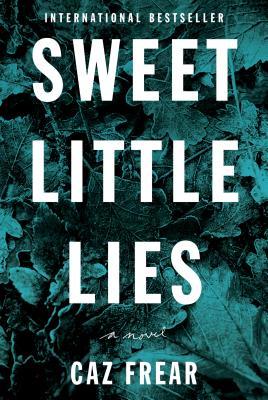 Sweet Little Lies is one of my TBRs. When it was first published nearly three years ago I kept seeing rave reviews of Caz Frear’s debut novel and wondered whether I would like it. It begins very slowly and I was beginning to think I wasn’t going to bother finishing it. It was only at about the halfway mark that it picked up pace. What I didn’t like about it is that it’s written in the first person present tense and apart from that I didn’t like the style of writing – very wordy, with much that adds very little to the plot. Once it finally got going this is mainly a police procedural set in the present day in London with flashbacks to Ireland in 1998. Whilst I found the plot a  touch over complicated and relying too much on coincidence I think the characters are well defined, and the dialogue is convincing.

When DC Cat Kinsella was a child of eight, visiting family in Ireland, teenager Maryanne Doyle went missing and Cat suspected her father had something to do with Maryanne’s disappearance because of something she had seen. But she kept it to herself and that had affected her relationship with her father ever since. So she is a complex and conflicted character who has changed her name, from McBride, distancing herself from her family and in particular from her father, whom she both loves and hates.  Her secret means that when the body of a woman, who turns out to be Maryanne Doyle, has been found strangled, not far from the pub that Cat’s father runs in Islington she is in a quandary – should she tell her boss that she had known Maryanne in the past?  But she is desperate to know the truth – and that is what kept me turning the pages to the end of the book.