This month it’s a wild card – the chain begins with the book that ended our July chains, which means that my starting book is Gaudy Night by Dorothy L Sayers. 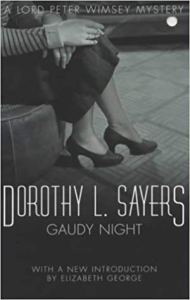 It’s set at Shrewsbury College at Oxford University. Harriet Vane attends the Shrewsbury Gaudy (a college reunion involving a celebratory dinner). It doesn’t go well – there are poison pen letters, nasty graffiti and vandalism causing mayhem and upset. It’s 1935 and explores the role of women in society, particularly with regard to education and marriage and the importance of truth and honesty. 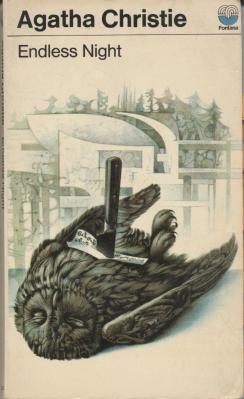 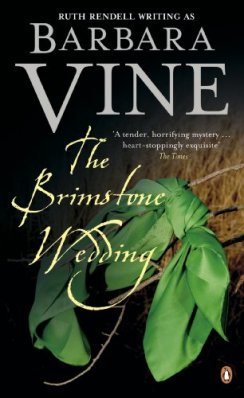 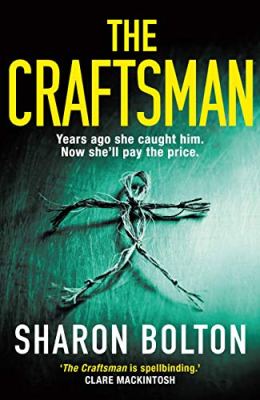 My first link is the word ‘night’ in the title:

Endless Night by Agatha Christie. It differs from most of her other books in that it is a psychological study. It reminded me very much of Ruth Rendell’s books, writing as Barbara Vine. It has the same suffocating air of menace throughout the book, with more than one twist at the end. It’s a murder mystery, but there is little or no detection, and no investigators – no Poirot or Miss Marple – to highlight the clues to the murders, for there are several.

So, my second link is, The Brimstone Wedding, by Barbara Vine, also a book full of a menacing atmosphere. In it Stella, reveals her past as she talks to Jenny, one of the carers at the retirement home where she lives. It’s all very subtle at first with tantalising hints about what had really happened in Stella’s past. But the full horror is left to the end –  it’s not horrific in the overblown graphic sense, but in a sinister, psychological way that really is ‘chilling’ and inexpressibly sad.

And my third link takes me to another chilling book, The Craftsman by Sharon Bolton –  a remarkably powerful book, full of tension and fear. Assistant Commissioner Florence Lovelady attends the funeral of Larry Glassbrook, the convicted murderer she arrested thirty years earlier. The victims had been buried alive. But as she revisits the scenes of the burials she starts to think that maybe Larry wasn’t the murderer after all. 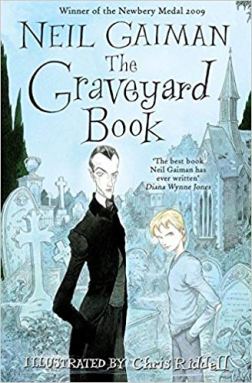 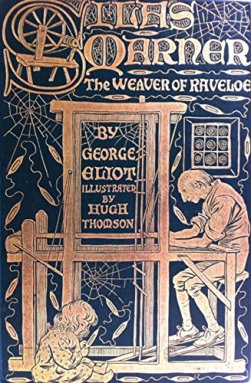 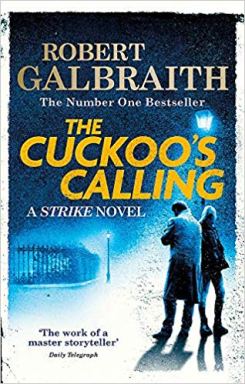 Moving away from chilling books about death and burials my mind jumped to a completely different book about death – The Graveyard Book by Neil Gaiman. This is the story of Bod, the baby who escapes a murderer. He stumbles into the local disused graveyard where he is rescued by ghosts. Silas, who is neither dead nor alive appoints himself as his guardian. It’s about life, love and friendship, loyalty and the fight between good and evil. Above all it is about growing up and the excitement and expectations that Bod has about life.

Another character called Silas is Silas Marner, written by George Eliot about a weaver who was wrongly accused of theft and left his home town to live a lonely and embittered life in Raveloe where he became a miser, hoarding his gold and counting it each night. George Eliot is the pen name of Mary Anne Evans.

Finally this leads me to my last link, The Cuckoo’s Calling by Robert Galbraith, J K Rowling’s pen name. It’s crime fiction, set in the world of Cormoran Strike , an ex-army private detective, who is struggling to get clients and pay his bills, sleeping on a camp bed in his office.

My links are via the word ‘night’, chilling books, death and burials, characters called Silas and authors using pen names (the links on titles are to my posts on the books). I have read and enjoyed all these books.

Next month (September 7, 2019), we’ll begin with A Gentleman in Moscow by Amor Towles – a book I haven’t read, or even heard of before.

22 thoughts on “Six Degrees of Separation: from Gaudy Night to The Cuckoo’s Calling”