A Tale of Obsession and Manipulation 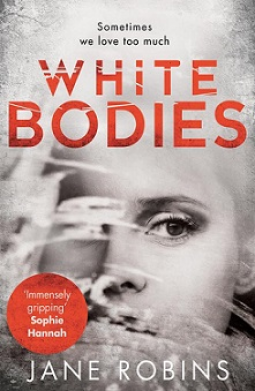 ‘He’s so handsome and clever and romantic. I just wished he hadn’t forced Tilda under the water and held her there so long.’

Callie loves Tilda. She’s her sister, after all. And she’s beautiful and successful.

So she’s determined to save her. But the cost could destroy them all…

Sometimes we love too much.

Twins, Callie and Tilda are two very different people, both in appearance and personality. The blurb doesn’t give away much of the book but the idea interested me. It begins with Felix’s death and then goes back over the events that led to his death. So far, so good and I thought this was an interesting opening and that I was going to enjoy this book, even though it’s written in the present tense (not my preferred style). But very early on I realised what the eventual outcome would be when a certain film was mentioned and I know this is not unique – many other books are based on earlier books or plays and it is said that there are just seven basic plots in literature – but it really irritated and disappointed me. So it has left me in two minds about this book.

Parts of it fascinated me (I wanted to know how Felix died for example), the characters are certainly interesting/weird – not likeable, except for Wilf, Callie’s boyfriend. It’s really a story of obsession in various forms, manipulation and the dangers of the internet. Callie’s obsession with Tilda (eating her hair, teeth etc), Tilda’s obsession with herself and Felix’s obsession with OCD, control (re-organising Tilda’s flat), tidiness and neatness (aligning cutlery and wrapping crockery etc in clingfilm). The events are seen through Callie’s perspective and at times I felt sympathy for her in her desire to protect Tilda from the dangers she could see she was in from Felix. But is her view skewed? And her foray into an internet forum is the beginning of the end for her.  But overall, I wasn’t convinced by the book and I didn’t find it particularly tense or chilling, just rather strange. Maybe I’ve been reading too many books in this genre to be convinced.

Other people, however, have enjoyed this book far more than me – for example see Fanfiction’s review and this one from Cleo.