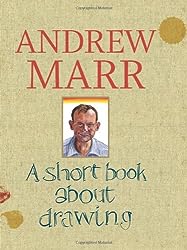 I drew this last week, copied from a card, using pencils and pens. It’s made me keen to try painting/sketching our cat Heidi. She’s white so I’ll have to use coloured paper, or a coloured background.

I looked for help in this beautiful book:

Cats: Drawing and Painting in Watercolour by Lesley Fotherby. This is what she has to say about drawing white cats on white paper:

You can’t paint the cat in white, so you have to paint the background and leave the cat to show up against it, ie look at the negative shape, paint that in and the positive image will appear. (page 96)

I’ve tried negative painting before and didn’t find it easy. She also suggests using pencil and paint and to illustrate the technique shows this painting:

There is so much in this book, from using different materials, paper and techniques  to showing how to depict movement and markings and composition. I’m going to study it and have a go.

Previously when I’ve posted photos of my sketches some people have commented that they wish they could draw. I can only endorse what Lesley Fotherby writes in this book:

Many people feel that being able to draw is a gift and that either you can draw or you can’t. It is true that some will find it easier than others, but in fact drawing is a skill which can be learnt like any other. As with other skills, it can only improve with practice, so do not be discouraged if your first efforts are unsatisfactory. …

Learning to draw is a bit like learning to swim: you can stand on the side of the pool and listen to a lecture, or you can jump in, wearing your lifejacket of course, and feel the element around you. Then you understand what they are all talking about. (page 8)

I’m as pleased as punch today and absolutely amazed because my pastel painting has just won Second Prize in our local Village Show! It’s the first time I’ve ever entered a painting in a show and I never expected it would win any prize.

Berwick-upon-Tweed is an interesting English town near the border with Scotland, with three bridges crossing the Tweed. There are the Elizabethan Town Walls, Ramparts, Barracks, a ruined castle and quaint passageways like Dewars Lane, which dates back to medieval times. This is what it looks like today.

The white building on the right at the end of the passageway is now a Youth Hostel, Art Gallery and Bistro. It was built in 1769 and was originally a granary. Its fantastic tilted walls are the result of a fire in 1815, after which it was propped up rather than being rebuilt. It was used for storing grain up until 1985 and was then left unoccupied, gradually becoming derelict. It has recently been restored by the Berwick Preservation Trust.

The artist L S Lowry sketched it in 1936  on one of his many visits to the town and it is now part of the town’s Lowry Trail. Below is Lowry’s pencil drawing of the Lane.

And here is my sketch:

This week’s effort – a cheetah in pastel pencils and soft pastels.

I sketched these trees a couple of weeks ago – not copied from life, but from a painting magazine. I’ll try sketching some of the trees in our garden soon. They are similar to these but without leaves right now – harder to draw!

A few weeks ago I started to go to an art club and being a beginner I was full of doubts about my ability to draw.  Even though I’ve enjoyed the sessions, I felt as though I’d been dropped in the deep end with sketching then painting a view of Bamburgh Castle in watercolour. I got the proportions all wrong, but it didn’t look terrible even if it didn’t look like Bamburgh Castle.

So I decided to see what books we have that would help me to improve and found this little book which looks excellent.

It is The Right Way to Draw Landscapes by Mark Linley. He introduces the book by describing it as:

… a complete course for beginner artists who want to learn how to draw landscape pictures. Step-by-step instructions are given for most of the drawings used as examples within these pages. You will start with easy-to-do studies which have been created to boost your self-confidence, and to show you that anyone can learn this skill. If you have never drawn anything except breath, don’t worry. I have ways of teaching you! (page 7)

It seems that thinking success is the secret. We have to think ‘I can’ and we really can:

Where so many people go wrong is that they allow self doubt to interfere. They worry about whether they can draw something, more than how to do so.  If you think you can’t draw a landscape, you will be right; you will fail. This wrong instruction (“I can’t”) will be acted upon by your subconscious mind – your “computer” – just as quickly and as powerfully as when you have “I can” working for you. Unfortunately, many of us seem to be brain-washed to think negatively. Perhaps lack of encouragement during our school-days has resulted in what has become a bad habit. Bad habits can be changed! You just have to know that we all have unlimited potential. (page 10)

So, I shall be testing this out and see just how much I can improve with the help of this little book – I may even post the results!

Teaser Tuesday is a weekly event hosted by MizB where you share €˜teasers’. I’ve adapted it a bit to include more information about the book and longer teasers.