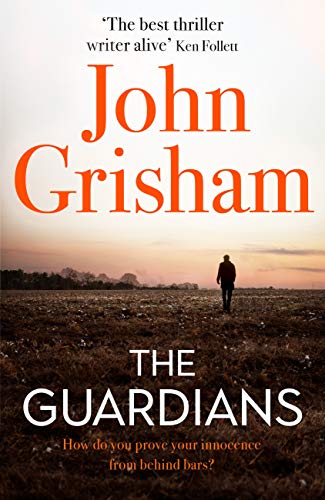 From the inside flap:

He was framed for murder.
Now he needs a miracle.

22 years ago Quincy Miller was sentenced to life without parole. He was accused of killing Keith Russo, a lawyer in a small Florida town. But there were no reliable witnesses and little motive. Just the fact that Russo had botched Quincy’s divorce case, that Quincy was black in a largely all-white town and that a blood-splattered torch was found in the boot of Quincy’s car. A torch he swore was planted. A torch that was conveniently destroyed in a fire just before his trial.

The lack of evidence made no difference to judge or jury. In the eyes of the law Quincy was guilty and, no matter how often he protested his innocence, his punishment was life in prison.

Finally, after 22 years, comes Quincy’s one and only chance of freedom. An innocence lawyer and minister, Cullen Post, takes on his case. Post has exonerated eight men in the last ten years. He intends to make Quincy the next.

But there were powerful and ruthless people behind Russo’s murder. They prefer that an innocent man dies in jail rather than one of them. There’s one way to guarantee that. They killed one lawyer 22 years ago, and they’ll kill another without a second thought.

Years ago I read as many John Grisham books that I could find – I loved them. So I was delighted to find that The Guardians, his latest book is really good too, even though it is written in the present tense. I often find that style irritating but in this case I was gripped by the story and the tense didn’t trouble me in the slightest.

The book is based on a real story and a real person, which gives it a really authentic feel. Guardian Ministries is based Centurion Ministries founded by James McCluskey, working to prove the innocence of convicted criminals, convinced of their innocence. The narrator, Cullen Post, a lawyer who is also a priest, is working on behalf of several prisoners. The book opens dramatically as Duke Russell is having his last meal before being executed. But the main part of the story is centred on Quincy Miller who maintains he was framed for the murder of lawyer Keith Russo and has been in prison for 22 years.

The only small criticism I have is that at first several minor characters are introduced which muddied the waters a little but once I got further into the book it became clear that there were major miscarriages of justice that Post was investigating, as he concentrates on Quincy’s case. It’s an easy read but packed with detail, a lot of it quite shocking. I enjoyed it immensely, especially learning about the US legal system.

2 thoughts on “The Guardians by John Grisham”