This week’s topic is Favourite Books Released In the Last Ten Years (one book for each year) (submitted by Anne @ Head Full of Books). These ten books I’ve chosen are all 5* books but it’s not been easy choosing just ten as I could have included several other books too for each year. Working back from 2018 they are:

2018: Watching You by Lisa Jewell – psychological suspense, someone was murdered, but who was it and why, and just who was the killer?

2017: Fools and Mortals by Bernard Cornwell – historical fiction set in 1595 as the players are rehearsing a new play, A Midsummer Night’s Dream.

2016: The Good People by Hannah Kent – a tale of Irish rural life in the early 19th century, when superstition and a belief in fairies held sway. 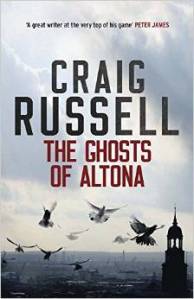 2015: The Ghosts of Altona by Craig Russell – a modern Gothic tale as well as being a crime thriller set in Hamburg.

2014: A Dark and Twisted Tide by Sharon Bolton – PC Lacey Flint investigates the murder of a young woman found floating on the River Thames. Terrifying if you have a fear of drowning! 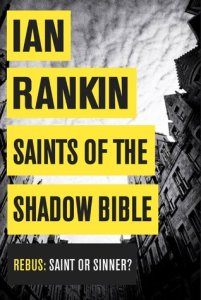 2013: Saints of the Shadow Bible by Ian Rankin – Rebus had retired but is now back on the police force re-investigating one of his early cases when he was a young Detective Constable.

2012: The Secret Keeper by Kate Morton – historical fiction moving between the 1930s, the 1960s and the present, revealing many secrets.

2011: Crucible by S G MacLean – historical murder mystery set in Aberdeen in 1631 when Alexander Seaton stumbles across the body of his friend, Robert Sim, the college librarian. 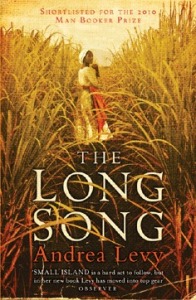 2010: The Long Song by Andrea Levy – historical fiction depicting the lives of slaves in Jamaica just as slavery was coming to an end.

2009: Wolf Hall by Hilary Mantel – historical fiction about Thomas Cromwell, the son of a blacksmith, and his political rise, the first in a trilogy. The third book, The Mirror and the Light will be published next year.