A standalone psychological thriller full of twists, lies and betrayal 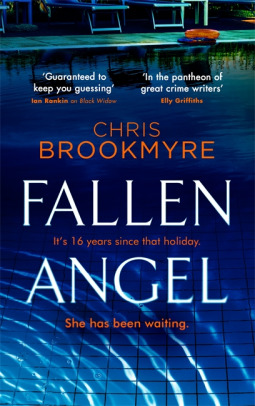 To new nanny Amanda, the Temple family seem to have it all: the former actress; the famous professor; their three successful grown-up children. But like any family, beneath the smiles and hugs there lurks far darker emotions.

Sixteen years earlier, little Niamh Temple died while they were on holiday in Portugal. Now, as Amanda joins the family for a reunion at their seaside villa, she begins to suspect one of them might be hiding something terrible…

And suspicion is a dangerous thing.

I was delighted when Caollin Douglas at Little, Brown Publishing asked me if I wanted to take part in the blog tour for Chris Brookmyre’s book, Fallen Angel. I’ve enjoyed reading some of his earlier books, Quite Ugly One Morning and Not the End of the World as well as his last book, The Way of All Flesh a novel about medicine in the nineteenth century, which he co-wrote with consultant anaesthetist Dr Marisa Haetzman (his wife) under the pen name of Ambrose Parry.

Fallen Angel is a psychological thriller that keeps you guessing about everything right from the first page – someone was murdered, but who was it and why, and just who was the killer? It was a quiet killing and it looked as though the victim had died of a heart attack. It is only at the end of the book that victim and the murderer are revealed.

In 2018 the Temple family is spending the summer at its seaside villa in Portugal for a reunion after the death of the head of the family, Max Temple, who was a psychologist, specialising in debunking conspiracy theories. The last time they were all there together was in 2002 when one of the children had disappeared from the villa, and was presumed drowned. It was ironic considering Max’s speciality, that there was a lot of speculation on the internet about how she actually died, with suggestions that the drowning story had been fabricated to conceal abuse or neglect.

I found the opening chapters a little confusing as the members of the family are introduced and their relationships are established. There are a lot of them, none of them are very likeable and there’s plenty of tension as they don’t get on well with each other! It is not made clear for a while who the parents of the baby were. What is clear is that this is a dysfunctional family with a multitude of problems!

Joining them are the family at the next door villa, lawyer Vince, his second wife, Kirsten, and baby Arron, with their nanny, Amanda. A Canadian student and aspiring journalist, she is a fan of Max and is thrilled to discover that she is staying next door to the Temple family. She had read the reports in the press and on the internet about the tragedy of their missing child. But although her attempts to find out more are not welcomed, she gradually she uncovers layers upon layers of secrets and lies.

The narrative moves between events in 2002 and 2018, seen through the various characters’ perspectives. After a slow start, the pace increases, the tension rises and I became totally gripped by the mystery. I really didn’t want to stop reading. I liked the setting at a beautiful resort in the Algarve, providing an idyllic backdrop to the story of this truly dreadful family. It’s a novel about a family in crisis, about toxic relationships and about the psychology of conspiracy theories.

My thanks to the publishers,  Little, Brown Book Group for my review copy via NetGalley. 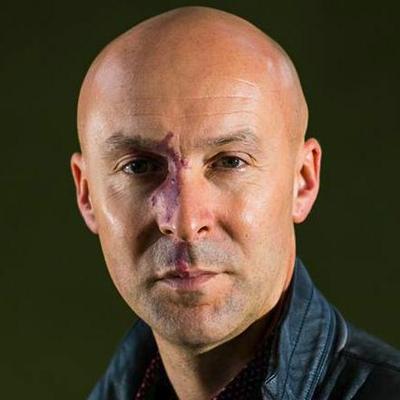 Chris Brookmyre was a journalist before becoming a full-time novelist with the publication of his award-winning debut Quite Ugly One Morning, which established him as one of Britain’s leading crime authors. His Jack Parlabane novels have sold more than one million copies in the UK alone, and Black Widow won both the McIlvanney Prize and the Theakston’s Old Peculier Crime Novel of the Year award.