This year I’m taking part in Nonfiction November, hosted by Kim of Sophisticated Dorkiness, Rennie of What’s Nonfiction, Katie of Doing Dewey, Julz of JulzReads and Sarah of Sarah’s Bookshelves.  Each week, we’ll have a different prompt and a different host looking at different ideas about reading and loving nonfiction.

This week’s topic is: Your Year in Nonfiction

I’ve not been reading much nonfiction this year – just 7 books up to now. I’ve read two biographies – Victoria: A Life by A N Wilson, a long and fascinating book that portrays her both as a woman, a wife and mother as well as a queen set against the backdrop of the political scene in Britain and Europe, and Wedlock:  How Georgian Britain’s Worst Husband Met His Match by Wendy Moore, about Mary Eleanor Bowes, who was one of the richest young heiresses in 18th century Britain. I also read Jeremy Paxman’s A Life in Questions mainly about his career with little about his personal life.

The other books I read are on reading – Bookworm: A memoir of childhood reading by Lucy Mangan, on painting – Painting as a Pastime by Winston S. Churchill, on time – Timekeepers by Simon Garfield and on sleep – Why We Sleep by Matthew Walker. 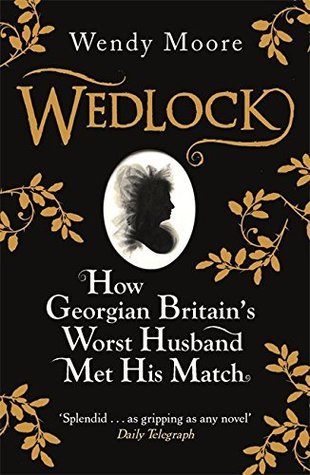 They are all so different that it’s hard to choose a favourite, but the one that sticks in my mind most is Wedlock, a biography of Mary Eleanor Bowes, who was one of the richest young heiresses in 18th century Britain. She fell under the spell of a handsome Irish soldier, Andrew Robinson Stoney. Her marriage to Andrew Robinson Stoney was an absolute disaster. He was brutally cruel and treated her with such violence, humiliation, deception and kidnap, that she lived in fear for her life.

The topics I’m attracted to are mainly memoirs, biographies and history, although I do like a variety of subjects. I think Bookworm is a must read for bookworms, it’s full of the joy of books – it’s not just what Lucy Mangan read, it’s also a history of children’s books, details of their authors and a memoir of Lucy’s childhood.

13 thoughts on “Nonfiction November: Week 1 – Your Year in Nonfiction”