It’s that time of year – the grass is growing at a rate of knots, the weeds are shooting up all over the place, the garden is crying out for attention and my time for writing is disappearing.

So here are two quick reviews of books I’ve read this month: 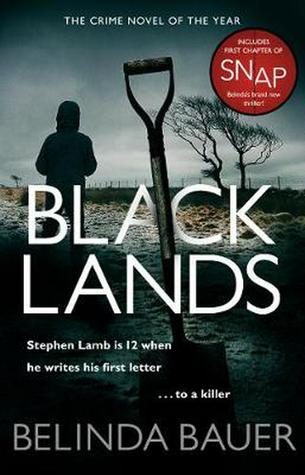 Blacklands by Belinda Bauer – her debut novel. I loved this book, so different from other crime fiction books I’ve read. It’s told mainly from Stephen Lamb’s perspective. Stephen is twelve years old. Nineteen years earlier Billy, Stephen’s uncle then aged eleven had disappeared. It was assumed that he had fallen victim to the notorious serial killer Arnold Avery, but his body had never been found. Stephen is determined to find where Arnold had buried his body and writes to him in prison.

What follows is an absolutely gripping battle of wits between Stephen and Arnold as they exchange letters. This is a dark and chilling story that took me inside the minds of both Stephen and Arnold, making this a disturbing experience and also a very moving and heartbreaking story. Since reading this book I’ve also read Snap, which although I enjoyed it I don’t think it is as good as Blacklands. I shall certainly be reading more of her books! 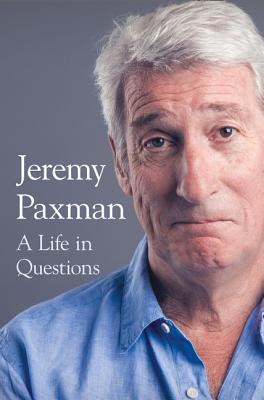 A Life in Questions by Jeremy Paxman (one of my TBRS). This is an interesting and entertaining autobiography, which is mainly about his career with little about his personal life, written in a very readable style. His sardonic wit and sense of humour come across, often aimed at himself. He tells of his childhood and his career first with the BBC in Northern Ireland and then in various war zones and trouble spots before becoming a presenter on Newsnight, where his interviews with politicians both infuriated and delighted me, and quizmaster on University Challenge. He has also done documentary programmes including an enlightening one on the EU, on art, and on history and has written several books on a variety of subjects. The only one I’ve read is The English: A Portrait of a People.

As I would expect from such a forthright person Paxman’s book is full of his opinions, but I couldn’t help wondering how much of  his grumpiness is a facade and what the real man behind it is really like. Maybe his reflections on his love for fly fishing and for nature, give us a glimpse of the real person. I liked these passages very much. Extending to 6 pages he describes how fishing is

essentially about trying to inserting yourself into an environment where you don’t belong, without being noticed. If you blunder about you won’t catch anything – on a sunny day you will be able to see the trout darting off in all directions when they sense your footfall on the bank, their flicking tails a snub to your clumsiness. Be quiet. And then, when you’re stalking a fish, things happen around you. A grass snake swims sinuously across the river. A water vole plops into a stream. Wagtails and oystercatchers dance at the water’s edge. Swallows and martins swoop low over the water, snatching flies. A kingfisher flashes that spectacular iridescent blue above the river; it is gone in an instant.

… To become absorbed in the natural world frees your mind: fish cannot survive in our element, and only imagination will allow us to live in theirs. …

In essence it is a solitary occupation. But the best fishing days are those spent with friends, meeting for a picnic lunch on the riverbank, united in the awareness that we are doing something which defies rational explanation. (extracts from pages 254-255)

Although I don’t fish I think I’d like to read his book on fishing: Fish, Fishing and the Meaning of Life.

6 thoughts on “Catching Up”