The early life of Henry VII 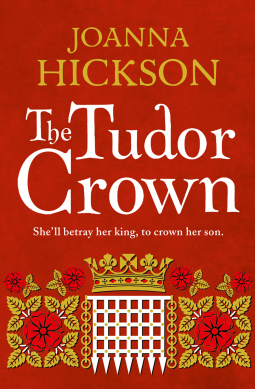 Little is known about Henry Tudor’s early life and this novel covers the time he spent in exile when he was fourteen years old up to the Battle of Bosworth in 1485 when he was twenty eight. The son of Edmund Tudor and Margaret Beaufort, Henry was born in Pembroke Castle in Wales. As a Lancastrian claimant to the throne, Henry’s life was in danger and so, together with his uncle, Jasper Tudor, he fled the country after Henry VI was killed in 1471 and Edward IV took the throne. They were aiming to seek refuge in France, but storms drove them to land in Brittany (I hadn’t known that Brittany was not part of France at that time). Where they spent the next fourteen years.

If I knew little about Henry VII, I knew even less about his mother Margaret Beaufort. She was only thirteen when Henry was born and saw little of him during his early life in Wales and subsequent exile in Brittany. The Tudor Crown is told from both her perspective and that of Henry’s, including letters between them telling of their plans for Henry’s return to England.

The funny thing about historical fiction, to my mind, is that although I know the outcome of events as I read I found that I was willing Henry on and wondering how he would be successful. Joanna Hickson has brought the period to life, capturing the danger and frustration and hopes for the future that both Henry and Margaret experienced. I could visualise the scenes, particularly the storm at sea and the perilous landing on the shores of Brittany, Henry’s fictional love affair with Catherine de Belleville and the account of the Battle of Bosworth. She has filled the story with characters that have their own personalities. In particular I grew to like and admire Margaret Beaufort. She comes across as an intelligent and compassionate woman, loyal to her son, always ready to help him financially and ambitious for his future.

I think this is a good mix of fact and fiction – in her Author’s Note Joanna Hickson explains that ‘with the odd exception’ the people Henry met and the places he went to existed but their characters and descriptions are from her imagination. She say she ‘has never doubted that Richard was responsible for the deaths of the Princes in the Tower’ in contrast to other accounts that I’ve read, particularly Sharon Penman’s The Sunne in Splendour in which she portrays a very likeable Richard and a different solution to what happened to the Princes.

I really enjoyed reading this book, and as in all good historical fiction Joanna Hickson has included details of the sources she has used in her research for The Tudor Crown. Now, I’m hoping she will write more books about Henry’s life after he became King.

Many thanks to Harper Collins and NetGalley for a review copy.

6 thoughts on “The Tudor Crown by Joanna Hickson”