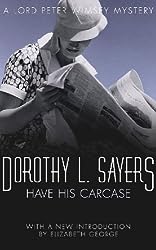 ‘ve just started to read Have His Carcase by Dorothy L Sayers, the  second book featuring Harriet Vane. Harriet is on a walking holiday on her own and finds a dead body on the top of a rock on a deserted beach, ‘the corpse with the cut throat‘ as Lord Peter Wimsey describes it. As this was first published in 1932, Harriet was not only without a mobile phone, but also without access to a landline without walking miles to a village where she could phone the police from the village shop. It’s promising to be an excellent read.

I’m also still reading Nothing To Be 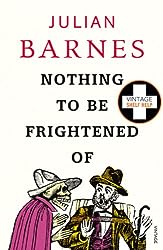 Frightened Of by Julian Barnes ( non fiction, a memoir, a meditation on death and the fear of dying) – in fact I’ve not read any more of this book than I had last week – blame not only reading other books but also the good weather and the garden, where I’ve spent too much time, not relaxing, but weeding, mowing and general tidying up.

I’ve finished both Elizabeth is Missing by Emma Healey and The Last Girl by Jane Casey – my reviews will  follow soon.

Next up I’ll probably be reading The Lost Garden by Katharine Swartz, an advance proof copy of the book from Lovereading due to be published in May – how can I resist a book that begins with a walled garden? I’ve always wanted a garden like that ever since I read The Secret Garden.

But then I could get drawn to a different book when the time comes!