This is another short review of a book I read in the summer and didn’t manage to review before I went away on holiday. I really enjoyed it.

Years ago, in an almost accidental moment of heroism, Ed saved Amy from drowning. Now, in his thirties, he finds himself adrift. He’s been living in London for years – some of them good – but he’s stuck in a relationship he can’t move forward, has a job that just pays the bills, and can’t shake the sense that life should mean more than this. Perhaps all Ed needs is a moment to pause. To exhale and start anew. And when he meets Amy again by chance, it seems that happiness might not be so far out of reach. But then tragedy overtakes him, and Ed must decide whether to let history and duty define his life, or whether he should push against the tide and write his own story.

Filled with hope and characteristic warmth, Undercurrent is a moving and intimate portrait of love, of life and why we choose to share ours with the people we do.

A few years ago I read Turning for Home by Barney Norris and thought it was a moving book with emotional depth. Undercurrent has very much the same tone, plumbing the same depth of emotion, as he tells the story of a family’s grief and loss as well as love.

The main story centres around Ed and his immediate family, but the narrative includes the stories of his grandparents and great grandparents. He had a troubled childhood, living on a farm in Wales with his mother, stepfather and stepsister, Rachel. His mother wants him and Rachel to take over the farm when she dies, but neither of them want to, which leaves Ed feeling guilty and frustrated. But when his mother becomes seriously ill and dies he has to make a decision.

It’s also the story of his grandparents and great grandparents, beginning in 1911 in India when Arthur, an Englishman met and later married Phoebe a young Indian teenager. When the First World War broke out they moved to England and Arthur enlisted in the navy. She never got over leaving India and sank into depression and melancholy. Their son, Leo, was greatly affected by his mother’s mental illness and caring for her and the farm became too much for him, resulting in tragedy. The women in the family followed the same pattern as Phoebe – following the men, their lives changing for better or worse.

I don’t feel I have done justice to this novel, finding it quite difficult to review. It’s a quiet thoughtful book that explores the nature of our relationships and emotions. The central theme is the pull of home, that sense of belonging, of attachment to a place, and how our past has shaped our lives. Alongside this there is the desire for a new life, and new experiences. It is beautifully written.

Love and loss, grief and guilt 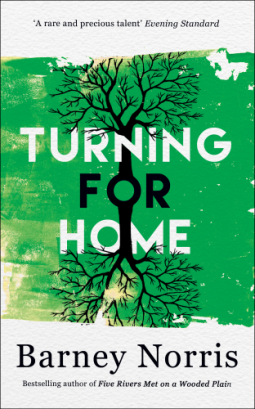 Isn’t the life of any person made up out of the telling of two tales, after all? People live in the space between the realities of their lives and the hopes they have for them. The whole world makes more sense if you remember that everyone has two lives, their real lives and their dreams, both stories only a tape’s breadth apart from each other, impossibly divided, indivisibly close.’

Beautifully and lyrically written, I was soon totally absorbed in this book, alternating between Robert’s and Kate’s stories, as they reveal their thoughts and emotions, reflecting on their lives. It’s set on the day of Robert’s 80th birthday celebration. Still grieving after his wife’s recent death, he is finding it a sad, rather than a joyful occasion as the family gather together. His granddaughter, Kate is troubled at the thought of meeting her mother again after a three year estrangement. Then Robert’s day is interrupted by a phone call from Frank, a retired Oxford professor, whom he had known from his days as a civil servant working in Ireland, particularly at the time of the Remembrance Day bombing in Enniskillen in 1987.

The narration is split between Robert and Kate interspersed with extracts from the Boston Tapes, an oral history of the Troubles in Northern Ireland recording the recollections of combatants on both sides. What Frank reveals to Robert shocks him and he struggles to come to terms with it. In parts it moves slowly, particularly as Kate reflects on her life, revealing what caused the break-up with her mother and recounting the pain she had gone through with her anorexia and the guilt she feels over her boyfriend’s  car accident. I found it a moving book with emotional depth.