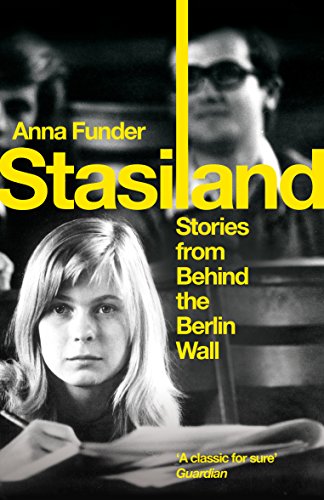 This month the chain begins with Stasiland: Stories From Behind the Berlin Wall by Anna Funder – the winner of the Samuel Johnson Prize for Non-Fiction 2004. It is a book I have not read but I’m wondering whether I will. It sounds both interesting and shocking. 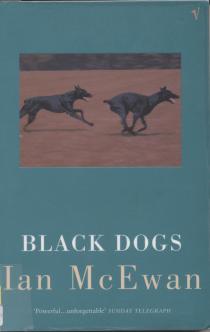 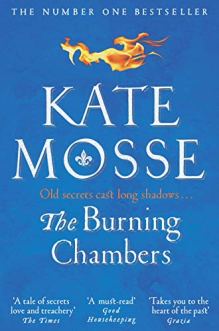 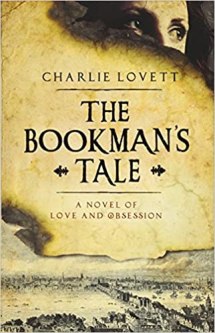 My first link is Black Dogs by Ian McEwan, a novel about the aftermath of the Nazi era in Europe, and how the fall of the Berlin Wall in the late 1980s affected those who once saw Communism as a way forward for society. The question of the black dogs is not really answered though – were they symbolic of evil, or an expression of Churchill’s term for depression, or real creatures?  Part set in Berlin with Bernard, when the Wall came down in 1989 and part set in 1989 at the family house at St Maurice de Navacelles in Languedoc in southern France

There’s another character called Bernard, and also set partly in the Languedoc area in Carcassonne, in The Burning Chambers by Kate Mosse. Bernard Joubert, a bookseller had been imprisoned accused of being a traitor and a heretic after he had let slip information about a secret will. It’s a complicated story of war, conspiracies, love, betrayal, forgery, torture and family secrets.

Another book about a bookseller is The Bookman’s Tale by Charlie Lovett. Peter Byerly is an antiquarian bookseller. His wife has recently died and when he opens an eighteenth-century study on Shakespeare forgeries, he is shocked to find a Victorian portrait strikingly similar to his wife tumble out of its pages. He becomes obsessed with tracking down its origins. it becomes a chase around England, similar to a cross between a Dan Brown novel, an Enid Blyton Famous Five book and a murder mystery. 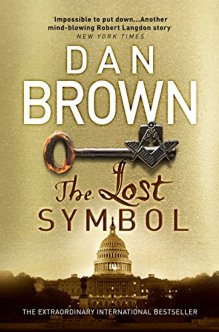 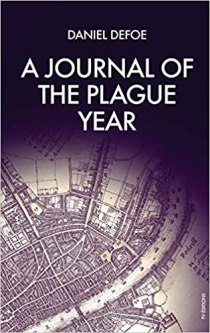 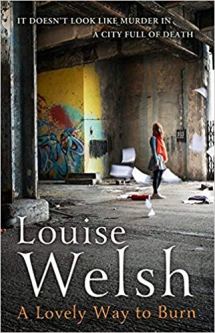 And that brings me to my next link – Dan Brown’s books. For pure escapism I really like them. They’re not great literature but they are great entertainment, even though they follow the same formula – a breathtaking race against time as Robert Langdon follows  clues as in The Lost Symbol. This book is set within the hidden chambers, tunnels, and temples of Washington, DC. as Langdon searches for his friend, Peter Solomon, a Mason.

And so to the next link, using the author’s name, Dan, brings me to Daniel Defoe’s A Journal of the Plague Year a novel about one man’s experiences of the year 1665, in which the Great Plague or the bubonic plague – known as the Black Death – struck the city of London.

Thinking about Defoe’s book reminded me of A Lovely Way to Burn by Louise Welsh, an apocalyptic novel in which a  new and unidentified virus, known as ‘the sweats’ sweeps the globe and London quickly descends into chaos – supermarkets are looted, roads are gridlocked as people try to flee the infection, then society just crumbles as people look out only for themselves, rioting and eventually succumbing to the mysterious illness and dying. Let’s hope the current corona virus pandemic doesn’t descend into this!

My chain began in Berlin and moved to France, then to Britain, America and ended back in Britain. It covered a variety of genres and time periods, including contemporary fiction, historical and crime fiction. The links are through places, words in the titles and authors’ names. And there is also a link that runs through the chain with the use of the letter ‘B’ either in the book titles, in the authors’ names, or in significant words in the descriptions.

Kate writes: ‘Given the current pandemic, the obvious choice for next month (May 2, 2020) is The Road by Cormac McCarthy.’

21 thoughts on “Six Degrees of Separation: from Stasiland to A Lovely Way to Burn”