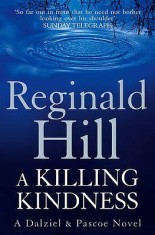 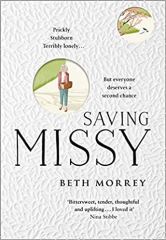 Currently reading: I’m reading A Killing Kindness, a murder mystery, the 6th Dalziel and Pascoe book by Reginald Hill and enjoying it very much.  I’m also reading Saving Missy by Beth Morrey, which I’m also enjoying. It’s a feel good story and very different from A Killing Kindness. Missy Carmichael’s life has become small. Grieving for a family she has lost or lost touch with, she’s haunted by the echoes of her footsteps in her empty home; the sound of the radio in the dark; the tick-tick-tick of the watching clock. 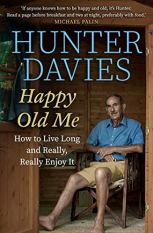 Recently Finished: Happy Old Me: How to Live a Long Life and Really Enjoy It by Hunter Davies. This is an account of one year in his life after his wife, Margaret Forster died – poignant, moving and very interesting. I’ll write more about later on.

Reading Next: This is a movable feast, as I rarely decide until the time comes.

It could be The Year Without Summer by  Guinevere Glasfurd. 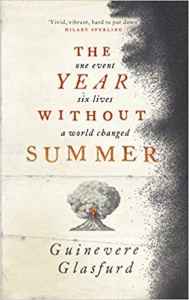 1815, Sumbawa Island, Indonesia
Mount Tambora explodes in a cataclysmic eruption, killing thousands. Sent to investigate, ship surgeon Henry Hogg can barely believe his eyes. Once a paradise, the island is now solid ash, the surrounding sea turned to stone. But worse is yet to come: as the ash cloud rises and covers the sun, the seasons will fail.

1816
In Switzerland, Mary Shelley finds dark inspiration. Confined inside by the unseasonable weather, thousands of famine refugees stream past her door. In Vermont, preacher Charles Whitlock begs his followers to keep faith as drought dries their wells and their livestock starve.

In Suffolk, the ambitious and lovesick painter John Constable struggles to reconcile the idyllic England he paints with the misery that surrounds him. In the Fens, farm labourer Sarah Hobbs has had enough of going hungry while the farmers flaunt their wealth. And Hope Peter, returned from the Napoleonic wars, finds his family home demolished and a fence gone up in its place. He flees to London, where he falls in with a group of revolutionaries who speak of a better life, whatever the cost. As desperation sets in, Britain becomes beset by riots – rebellion is in the air.

The Year Without Summer is the story of the books written, the art made; of the journeys taken, of the love longed for and the lives lost during that fateful year. Six separate lives, connected only by an event many thousands of miles away. Few had heard of Tambora – but none could escape its effects.

Or it could be one of my TBRs – I simply don’t know yet.