Currently reading: Blacklands by Belinda Bauer, one of the books I got last week from Barter Books.

Steven Lamb is 12 when he writes his first letter . . .
to a serial killer

Every day after school, whilst his classmates swap football stickers, twelve-year-old Steven digs holes on Exmoor, hoping to find a body. His uncle disappeared aged eleven and is assumed to have fallen victim to the notorious serial killer Arnold Avery – but his body has never been found.

Steven’s Nan does not believe her son is dead. She still waits for him to come home, standing bitter guard at the front window while her family fragments around her. Steven is determined to heal the widening cracks between them before it’s too late – even if that means presenting his grandmother with the bones of her murdered son.

So Steven takes the next logical step, carefully crafting a letter to Arnold Avery in prison. And there begins a dangerous cat-and-mouse game between a desperate child and a bored psychopath . . .

I didn’t finish Little Dorrit, my Classics Club spin book by 30th April, the Club’s deadline, but I’m carrying on reading it. I shan’t include it in later My Week posts until I’ve read a lot more of it.

Yesterday I finished Why We Sleep by Matthew Walker, one of my NetGalley books that have been stopping me from reading my TBRs. 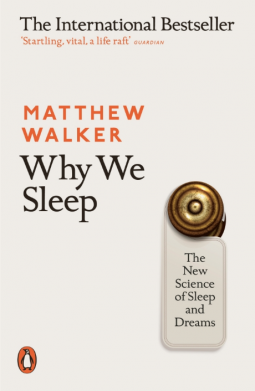 This book extols the benefits of getting a full eight hours sleep each night and warns of the dire consequences if you don’t. I shall write more about it in a later post.

What do you think you’ll read next: I do enjoy deciding what to read next but the thing is that I often change my mind. At the moment I’m leaning towards reading The Summer before the War by Helen Simonson. But it could be something else when the time come to decide.

It is late summer in East Sussex, 1914. Amidst the season’s splendour, fiercely independent Beatrice Nash arrives in the coastal town of Rye to fill a teaching position at the local grammar school. There she is taken under the wing of formidable matriarch Agatha Kent, who, along with her charming nephews, tries her best to welcome Beatrice to a place that remains stubbornly resistant to the idea of female teachers. But just as Beatrice comes alive to the beauty of the Sussex landscape, and the colourful characters that populate Rye, the perfect summer is about to end. For the unimaginable is coming – and soon the limits of progress, and the old ways, will be tested as this small town goes to war.