Currently reading: I’ve made some progress with Little Dorrit, my Classics Club spin book. I’ve met the Meagles family with their spoiled daughter, Pet and her maid and companion, the wonderfully named Tattycoram, and also Arthur Clennam, recently returning to England from China. Arthur goes to his family home, a dark decrepit house in London where his mother lives, his father having recently died. But I haven’t met Little Dorrit yet – still a long way to go in this book.

I’m also reading Portrait of a Murderer by Anne Meredith, which is what it says in the title. I’ve nearly finished this book, which is fascinating, even though it is so long winded. 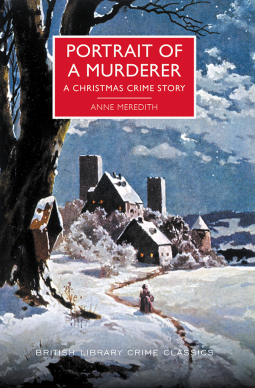 ‘Adrian Gray was born in May 1862 and met his death through violence, at the hands of one of his own children, at Christmas, 1931.’

Thus begins a classic crime novel published in 1933 that has been too long neglected – until now. It is a riveting portrait of the psychology of a murderer.

Each December, Adrian Gray invites his extended family to stay at his lonely house, Kings Poplars. None of Gray’s six surviving children is fond of him; several have cause to wish him dead. The family gathers on Christmas Eve – and by the following morning, their wish has been granted.

This fascinating and unusual novel tells the story of what happened that dark Christmas night; and what the murderer did next.

I’ve recently finished  A Dying Note by Ann Parker, her latest book in the Silver Rush Mysteries, which was published on 3 April 2018.

I loved this book, set in the autumn of 1881 in San Francisco, where Inez Stannert is making a new start in life, managing a music store. All is going well until the body of a young man, Jamie Monroe, is found washed up on the banks of Mission Creek canal.

I posted my review on Monday and gave it 4 stars.

What do you think you’ll read next:

Will it be Time is a Killer by Michel Bussi, which was published on 5 April 2018 and in last week’s post was the book I said I might read next? Or will it be something else? I still don’t know.

‘One of France’s most ingenious crime writers’ SUNDAY TIMES

‘Bussi breaks every rule in the book’ JOAN SMITH

It is summer 1989 and fifteen-year-old Clotilde is on holiday with her parents in Corsica. On a twisty mountain road, their car comes off at a curve and plunges into a ravine. Only Clotilde survives.

Twenty-seven years later, she returns to Corsica with her husband and their sulky teenage daughter. Clotilde wants the trip to do two things – to help exorcise her past, and to build a bridge between her and her daughter. But in the very place where she spent that summer all those years ago, she receives a letter. From her mother. As if she were still alive.

As fragments of memory come back, Clotilde begins to question the past. And yet it all seems impossible – she saw the corpses of her mother, her father, her brother. She has lived with their ghosts. But then who sent this letter – and why?