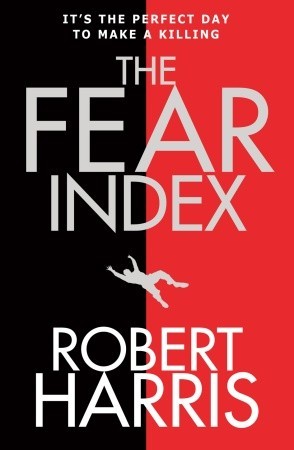 The Fear Index by Robert Harris is a fast-paced story set in the world of high finance and computer technology but it didn’t appeal to me as much as the other books by him that I’ve read. It’s about scientist Dr Alex Hoffman, who together with his partner Hugo Quarry, an investment banker, runs a hedge fund based in Geneva, that makes billions. Alex has developed a revolutionary form of artificial intelligence that tracks human emotions, enabling it to predict movements in the financial markets. It’s built around the standard measure of market volatility: the VIX or ‘Fear Index’.

Alex wakes up one morning in the early hours to find an intruder has managed to bypass the elaborate security of the house. He challenges him only to receive a blow to his head that knocks him out and the intruder escapes. That is just the start of his troubles. A brain scan indicates he may have MS or possibly dementia and he is advised to take further advice, which of course, he doesn’t want to do. It appears that someone is out to destroy him and his company and even worse it soon looks as though this will cause a major global economic crisis. He is at a complete loss as to who it can be. It’s someone who has infiltrated into all areas of his life, affecting his marriage as well as his business.  He even begins to doubt his sanity.

On the one hand it helped me understand a bit more about hedge funds and how they operate but I got lost in the computer technology details. The characters are all not particularly likeable, but it’s definitely a page turner with plenty of suspense as the story raced to a conclusion, and it kept me puzzling over what or who was really causing the paranoia and violence. I thought it began well but didn’t find the ending very illuminating or satisfying and was left wondering what it was really all about.

I liked the chapter headings with extracts from books such as Charles Darwin’s On the Origin of Species and The Descent of Man and Mary Shelley’s Frankenstein which made me wonder if the book was about the evolution of man into machine. Just an idea – if you’ve read the book what did you make of it all?

4 thoughts on “The Fear Index by Robert Harris”