I’d enjoyed the first book in Robert Harris’ Cicero Trilogy, Imperium. So I’d been looking forward to reading Lustrum, the second in the trilogy (published as Conspirata in the US and Italy) . It didn’t fail to live up to my expectations – it surpassed them. I think it’s historical fiction at its best. I immediately went on to read Dictator, the third book in the trilogy, which I also enjoyed very much, but I think Lustrum is the outstanding book of the three.

I had intended to write a more detailed post about Lustrum and Dictator but life and medical issues decided otherwise, so this is just a short post on both books. 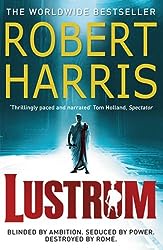 Lustrum begins where Imperium finished in 63 BC with a dramatic scene, as the body of a child is pulled from the River Tiber, a child who had been killed as a human sacrifice, grotesquely mutilated. What follows is an account of the five year period (a lustrum) of Cicero’s consulship and the battle for power between him, Julius Caesar, Pompey the republic’s greatest general, Crassus its richest man, Cato a political fanatic, Catilina a psychopath, and Clodius an ambitious playboy. It ends with his exile from Rome.

Once I began reading I was immediately drawn into the world of Cicero. The story is once again narrated by his secretary, the slave Tiro, giving access to Cicero’s thoughts and feelings. Tiro is an interesting character in his own right – he is reported to be the first man to record a speech in the senate verbatim and some of the symbols in his shorthand system are still in use today, such as &, etc, ie, and eg. As in Imperium and in the third book, Dictator, Harris has used Cicero’s actual words, adding to the books’ authenticity. Harris states that he hopes it is not necessary to read the books in order but I think it adds much to the enjoyment if you do. 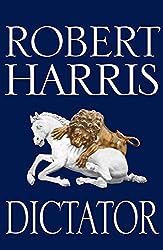 Dictator covers the last 15 years of Cicero’s life when he was no longer a dominant political figure in Rome. The book begins with Cicero in exile, separated from his wife and children and in constant danger of losing his life. Apart from the first part of the book when Cicero is working towards returning to Rome, I didn’t find it as exciting or as compelling as the first two books. This is mainly because there is so much happening such as the civil war and the downfall of the republic from which Cicero is excluded first because on his return to Rome he is sidelined, and then retired.

All three books are based on extensive research but Harris is such a good story teller that they don’t read like text books. Roman history has always fascinated me and reading this trilogy has revived my interest, so much so that I am now reading Mary Beard’s book, SPQR: a History of Ancient Rome, that goes right back to the beginning describing how Rome grew and became such a dominant power.

When I saw Catilina’s Riddle by Steven Saylor sitting in the mobile library shelves I just had to borrow it. It’s historical crime fiction in which Gordianius the Finder gets involved in the Catilina conspiracy to overthrow the republic.

And I would also like to re-read Colleen McCullough’s Masters of Rome series to compare with Harris’ trilogy, or at least some of the books involving Cicero and Caesar. Oh for more time to read!

9 thoughts on “Lustrum and Dictator by Robert Harris”