Six Tudor Queens: Katherine of Aragon, the True Queen by Alison Weir, a proof copy – expected publication 5 May 2016. This is the first novel of the Six Tudor Queens series. 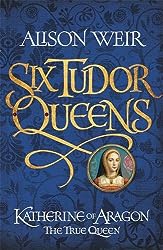 A Spanish princess. Raised to be modest, obedient and devout. Destined to be an English Queen. Six weeks from home across treacherous seas, everything is different: the language, the food, the weather. And for her there is no comfort in any of it. At sixteen years-old, Catalina is alone among strangers. She misses her mother. She mourns her lost brother. She cannot trust even those assigned to her protection.

Acclaimed, bestselling historian Alison Weir has based her enthralling account of Henry VIII’s first wife on extensive research and new theories. She reveals a strong, spirited woman determined to fight for her rights and the rightful place of her daughter. A woman who believed that to be the wife of a King was her destiny. 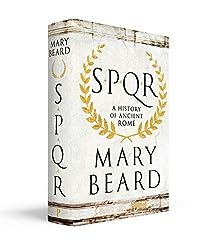 Ancient Rome matters. Its history of empire, conquest, cruelty and excess is something against which we still judge ourselves. Its myths and stories – from Romulus and Remus to the Rape of Lucretia – still strike a chord with us. And its debates about citizenship, security and the rights of the individual still influence our own debates on civil liberty today.

Covering 1,000 years of history, and casting fresh light on the basics of Roman culture from slavery to running water, as well as exploring democracy, migration, religious controversy, social mobility and exploitation in the larger context of the empire, this is a definitive history of ancient Rome.

SPQR is the Romans’ own abbreviation for their state: Senatus Populusque Romanus, ‘the Senate and People of Rome’. 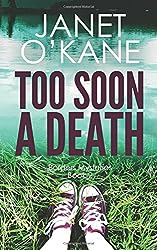 You can read my thoughts on this book in my previous post. 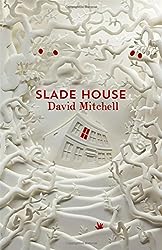 Born out of the short story David Mitchell published on Twitter in 2014 and inhabiting the same universe as his latest bestselling novel The Bone Clocks, this is the perfect book to curl up with on a dark and stormy night.

Turn down Slade Alley – narrow, dank and easy to miss, even when you’re looking for it. Find the small black iron door set into the right-hand wall. No handle, no keyhole, but at your touch it swings open. Enter the sunlit garden of an old house that doesn’t quite make sense; too grand for the shabby neighbourhood, too large for the space it occupies.

A stranger greets you by name and invites you inside. At first, you won’t want to leave. Later, you’ll find that you can’t.

This unnerving, taut and intricately woven tale by one of our most original and bewitching writers begins in 1979 and reaches its turbulent conclusion around Hallowe’en, 2015. Because every nine years, on the last Saturday of October, a ‘guest’ is summoned to Slade House. But why has that person been chosen, by whom and for what purpose? The answers lie waiting in the long attic, at the top of the stairs…

What have you been reading this week and what have got in mind to read next?