This was originally Cleo’s idea ‘“ see Cleopatra Loves Books. It’s to look back over your reviews of the past five years and pick out your favourite for each month from 2011 ‘“ 2015.

I really enjoy looking back over the books I’ve loved reading. These are my favourite books for each April from 2011 to 2015 (click on the covers to see my original reviews). 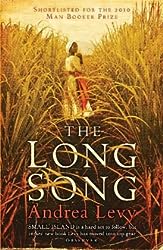 I thoroughly enjoyed The Long Song by Andrea Levy. It’s brutal, savage, and unrelenting in depicting the lives of the slaves in Jamaica just as slavery was coming to an end and both the slaves and their former owners were adjusting to their freedom. The narrator is July, at the beginning a spirited young woman, born in a sugar-cane field, telling her story at her son’s suggestion. I read it quickly eager to find out what happened, but at the same time I didn’t want it to end. It’s shocking, breath-taking and completely absorbing. 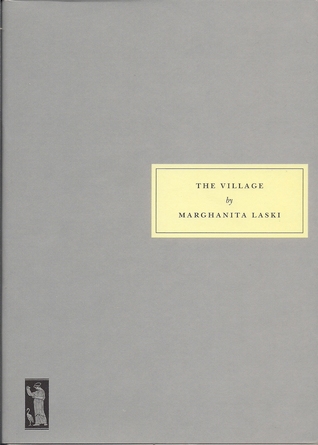 The Village by Marghanita Laski chronicles life in an English village immediately after the end of the Second World War, exploring the issues of class and social mobility, family relationships, parental control and the position of women. It’s written in a simple direct style of writing that contains depth and complexity and  by the end I was convinced I was living in the village, amongst these people at the end of the war. It’s absorbing reading.

After Flodden by Rosemary Goring. This is the dramatic story of what happened after the Battle of Flodden on 9 September 1513. Well written, well researched it’s a compelling and powerful book, bringing the characters and Edinburgh and Borders of 1513 vividly to life. Once I started reading the book I didn’t want to stop. I read it quickly, devouring the pages, completely involved in this dramatic story. 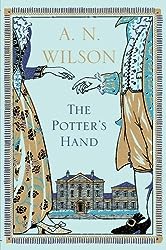 The Potter’s Hand by A N Wilson, a remarkable novel about the Wedgwood family, their lives, loves, work, illnesses, depressions, addictions and deaths. The novel begins in 1768 and roughly follows the fortunes of the Wedgwood family until 1805, 10 years after the death of Josiah Wedgwood, an English potter and the founder of the Wedgwood company. I found it fascinating throughout, whether it was set in America during the fight for independence, or in England in Wedgwood’s factories, or his grand new house Etruria Hall, or travelling through England on the new canals. 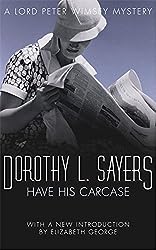 Detective fiction is my choice for April this year with Have His Carcase by Dorothy L Sayers taking top spot – although Dacre’s War by Rosemary Goring is also an excellent book. A Harriet Vane/ Lord Peter Wimsey mystery, from the Golden Age of crime fiction this is an example of the puzzle type of crime fiction ‘“ incredibly complicated and seemingly impossible to solve. It involves numerous characters who are not who they first appear, complete with alibis, disguises and false trails. Just brilliant!