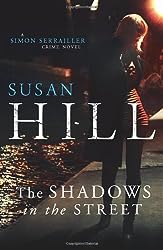 8 thoughts on “The Shadows in the Street by Susan Hill”