Stone circles fascinate me. They have done ever since I was a young teenager and went to Stonehenge. It was dawn as we were travelling to the New Forest for our annual Girl Guide camp there. The coach driver stopped so we could get out and see the sun rising over the stones. This was in the days when the stones were open and we ran across so we could be in the circle when the sun came up – it was magical. These days Stonehenge is fenced off and going there is just not the same experience.

There is a small stone circle not very far from where we live and we went to see it last Saturday. Duddo Stone Circle is a group of five Neolithic/Bronze Age stones – radiocarbon dating indicates they were erected around 2000BC. Originally there were seven stones. Excavations in the 1890s revealed the socket holes of the missing stones and also the cremated human remains in the central pit.

This is the view of the stone circle standing proud on a low hill next to the small Northumberland village of Duddo as you approach the stones along a permissive path: 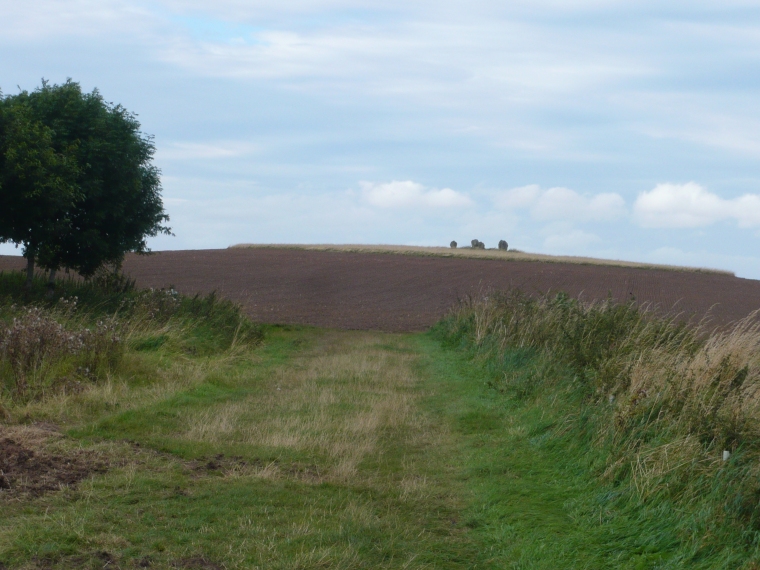 Farmers used to plough across the inside of the circle.These days they don’t, but farm all around the circle: 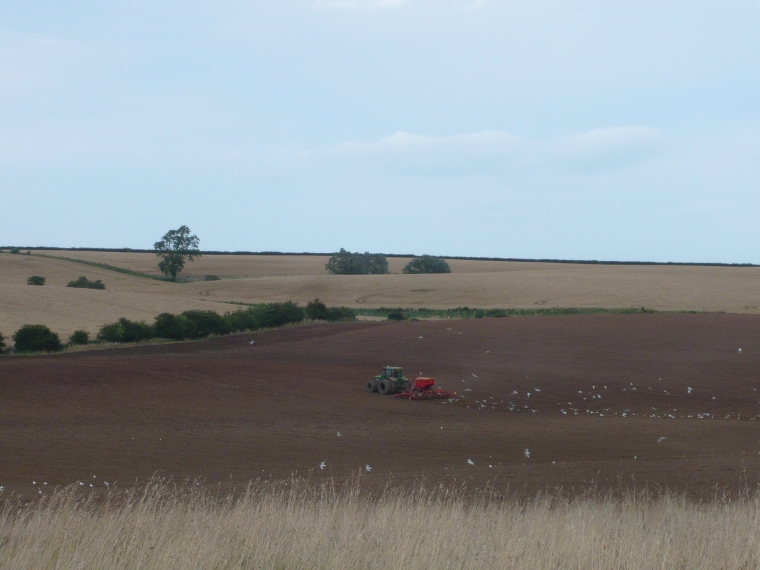 It’s fantastic up inside the stone circle. Unlike Stonehenge (which is of course much bigger) you can walk right up to the stones and go inside the circle. The stones are sandstone, varying in height from 1.3 metres to 2.3 metres. The site is listed on the Schedule of Ancient Monuments – No. 1006622.

It was very windy last Saturday and I found it hard to keep my camera steady, but I did manage to get some close ups of the stones. Stones that have been sculpted by the wind into weird shapes. 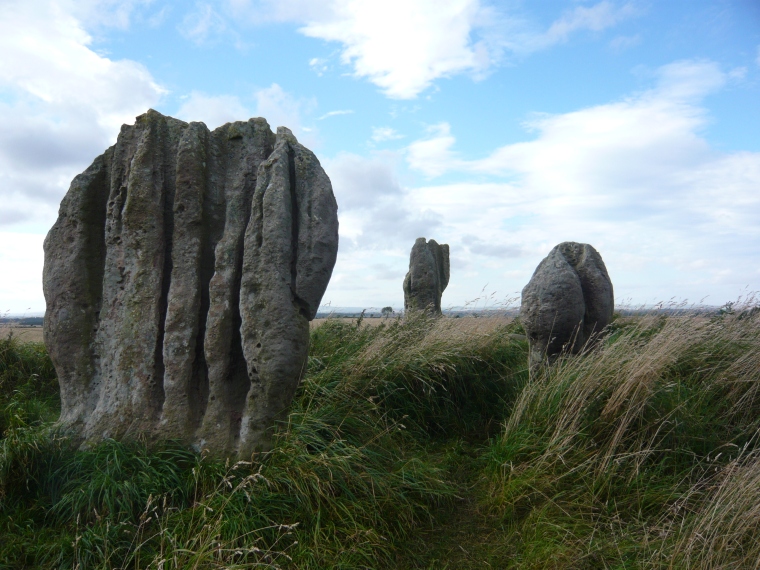 We had the stones to ourselves and it was easy to imagine what it must have been like up there on the hill all those years ago, with views all round to the Cheviots and the Eildon Hills in Scotland and to wonder just why the stones were there and what they had meant to the people who erected them. The Defra information board below the stones indicated that the fragments of human bones found in the central pit dated from 1740 – 1660 BC suggesting that the use of the site for burial was a later event. Its original purpose remains a mystery – I like that.

Also in Duddo are the remains of a medieval tower house. We didn’t have time to look at it last Saturday, but we’ll go there another day.