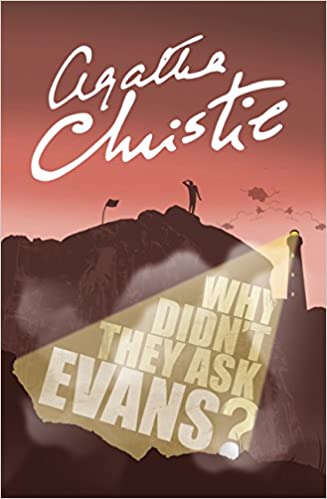 The book begins with Bobby Jones playing golf with Dr Thomas on a golf course on a misty day by the sea. They find a dying man, who had fallen off a cliff. He has no identification on him, just a photo of a young woman that Bobby finds in his pocket. At the inquest Mrs Cayman said it was a photograph of her and that she was the dead man’s sister.

Bobby tells Mr and Mrs Cayman her brother’s last words, which apparently are meaningless and of no importance.Then Bobby is drugged with enough morphia to kill him (he survives) and he realises that the photo in the dead man’s pocket was not Mrs Cayman.  Frankie, (aka Lady Frances Derwent), his aristocratic friend decides that the dead man must have been pushed over the cliff and the killer is determined to kill Bobby too. She and Bobby then set out to discover the dead man’s true identity.

Neither Poirot, nor Miss Marple feature in this book. Bobby and Frankie solve the mystery with a little help from the police in the form of Inspector Williams. The novel as a whole is light-hearted with staged accidents, as Bobby and Frankie, a self-confident and rather bossy young woman relish the adventure of it all, despite being bound and gagged by the villain. There are disguises and subterfuges throughout, drug addicts, an American heiress, a sinister doctor with a questionable sanitorium, suicides and a charming  “ne’er-do-weel”. Bobby says:

You can’t mix up too many different sorts of crimes. (page 59)

But Agatha Christie manages it admirably.

3 thoughts on “Crime Fiction Alphabet W is for Why Didn’t They Ask Evans?”