We’re in self isolation right now and one of the things I’m hoping to do is to spend more time than usual reading. And one of the best things about reading e-books is that you don’t have to go out of the house or meet anyone to get them. 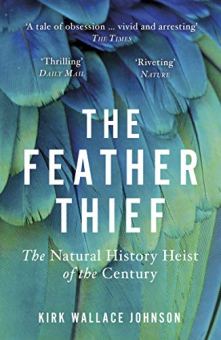 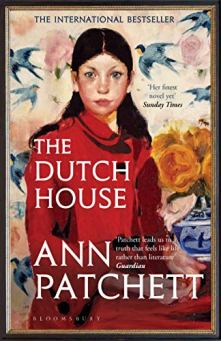 The Overstory by Richard Powers – this was my Mother’s Day present from my son.

An artist inherits a hundred years of photographic portraits, all of the same doomed American chestnut. A hard-partying undergraduate in the late 1980s electrocutes herself, dies, and is sent back into life by creatures of air and light. A hearing- and speech-impaired scientist discovers that trees are communicating with one another. An Air Force crewmember in the Vietnam War is shot out of the sky, then saved by falling into a banyan.

This is the story of these and five other strangers, each summoned in different ways by the natural world, who are brought together in a last stand to save it from catastrophe.

The Feather Thief : Beauty, Obsession, and the Natural History Heist of the Century by Kirk Wallace Johnson – I’ve been watching Chris Packham’s daily live broadcasts and this is one of the books that he recommended.

One summer evening in 2009, twenty-year-old musical prodigy Edwin Rist broke into the Natural History Museum at Tring, home to one of the largest ornithological collections in the world. Once inside, Rist grabbed as many rare bird specimens as he was able to carry before escaping into the darkness.

Kirk Wallace Johnson was waist-deep in a river in New Mexico when his fly-fishing guide first told him about the heist. But what would possess a person to steal dead birds? And had Rist paid for his crime? In search of answers, Johnson embarked upon a worldwide investigation, leading him into the fiercely secretive underground community obsessed with the Victorian art of salmon fly-tying.

Was Edwin Rist a genius or narcissist? Mastermind or pawn?

The Dutch House by Ann Patchett – Longlisted for the Women’s Prize 2020. I’d reserved this at the library, but as it’s now closed I decided to buy the e-book!

Danny Conroy grows up in the Dutch House, a lavish mansion. Though his father is distant and his mother is absent, Danny has his beloved sister Maeve: Maeve, with her wall of black hair, her wit, her brilliance. Life is coherent, played out under the watchful eyes of the house’s former owners in the frames of their oil paintings.

Then one day their father brings Andrea home. Though they cannot know it, her arrival to the Dutch House sows the seed of the defining loss of Danny and Maeve’s lives. The siblings are drawn back time and again to the place they can never enter, knocking in vain on the locked door of the past. For behind the mystery of their own exile is that of their mother’s: an absence more powerful than any presence they have known.

Told with Ann Patchett’s inimitable blend of humour, rage and heartbreak, The Dutch House is a dark fairy tale and story of a paradise lost; of the powerful bonds of place and time that magnetize and repel us for our whole lives.