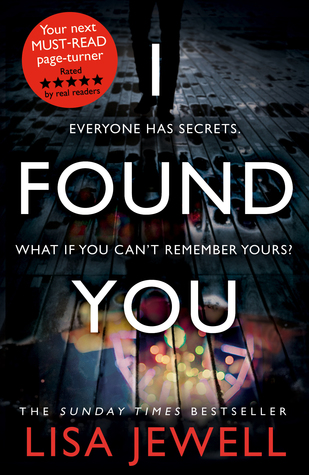 After I’d enjoyed reading Watching You by Lisa Jewell so much I looked for more of her books to read and borrowed I Found You  from my local library.

Surrey: Lily Monrose has only been married for three weeks. When her new husband fails to come home from work one night she is left stranded in a new country where she knows no one.

East Yorkshire: Alice Lake finds a man on the beach outside her house. He has no name, no jacket, no idea what he is doing there. Against her better judgement she invites him in to her home.

But who is he, and how can she trust a man who has lost his memory?

I Found You plunged me straight away into the mystery of the identity of the man Alice Lake found sitting on the beach at Ridinghouse Bay (a fictional seaside resort) in the pouring rain. He can’t remember who he is, or how or why he is sitting there. And, of course, I thought he must be Lily Monrose’s husband, Carl who has gone missing. These two strands of the story are written in the present tense. They alternate with another strand written in the past tense about events that took place 22 years earlier when a family of four, teenagers Kirsty and Gray, with their parents, are spending their summer holiday in Rabbit Cottage, a former coastguard’s cottage. That holiday changed all their lives.

One of the things I liked about this novel is its strong sense of place. Ridinghouse Bay is a small seaside town with the usual attractions for holidaymakers –  a pub, a seafood restaurant, cafe, a beach bar and a fairground . And there is a map showing all the locations around the Bay. 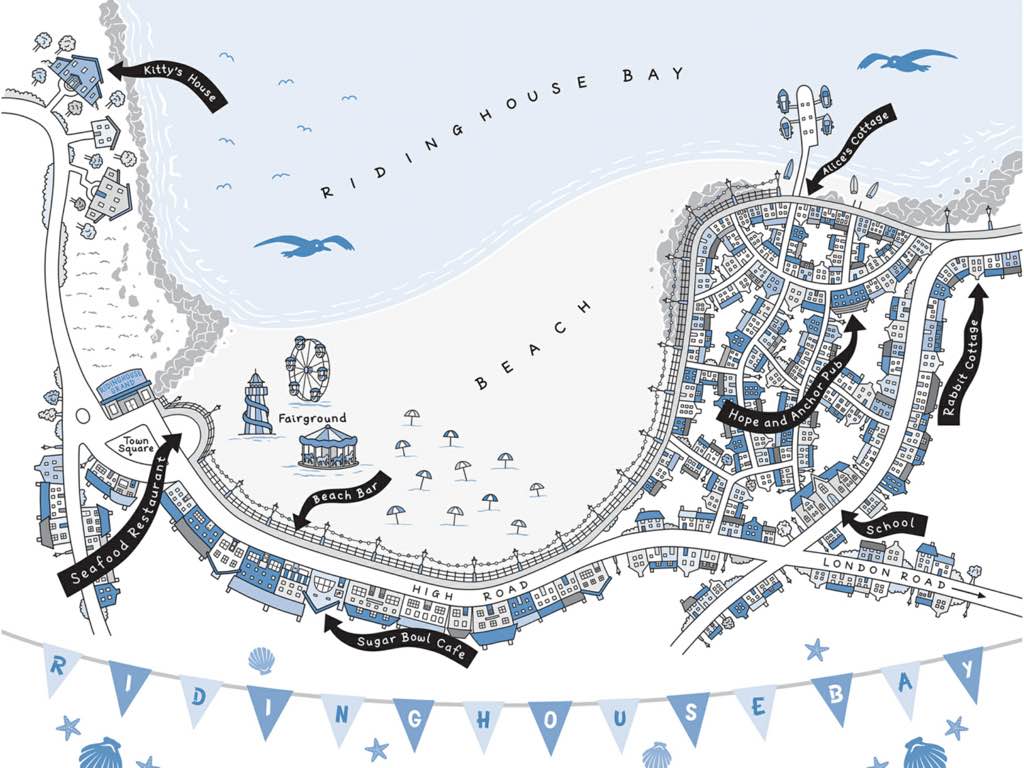 Beyond her window, between Victorian street lights, a string of sun-faded bunting swings back and forth in the boisterous April wind. To the left there is a slipway where small fishing boats form a colourful spine down to a concrete jetty and where the great dreadful froth of the North Sea hits the rocky shoreline. And beyond that the sea. Black and infinite. (page 2)

Alice is a bit eccentric, a generous and kind-hearted woman, living on her own with her four children and three dogs. The cottage is too small for her family, cramped, with low ceilings that slope and bulge, but she invites the man in to stay in the studio/shed in her back yard which is where she makes art from old maps to sell on the internet. The children decide to call him ‘Frank’ and she tries to help him remember what had happened to him. Then Frank begins to have flashbacks and thinks he may have killed someone.

Lily, meanwhile is trying to find Carl. They had met and married in the Ukraine and although she has spoken to his mother on the phone she has never met her. The police tell her his passport is a fake and his mother isn’t answering her phone, but she finds her address and goes to see her. But the house is empty.

I read this quickly, it’s very readable. The characters are realistically drawn with depth – and the puzzle about Frank’s identity kept me guessing. It’s not as clear-cut as it first appeared and I kept changing my mind as I read on. It certainly isn’t the ‘cosy’ mystery, that the opening pages seem to indicate, but it is a story that me gripped as the tension rose to a dramatic and violent climax.

I’ll certainly be looking out for more of Lisa Jewell’s books to read.

There will be a new Lisa Jewell novel – The Family Upstairs which is out on 25 July. Her earlier books are:

One thought on “I Found You by Lisa Jewell”