This month the chain begins with The French Lieutenant’s Woman by John Fowles, a book I read and loved years ago but now I’ve forgotten most of the details – I’ve been meaning to re-read it for years. 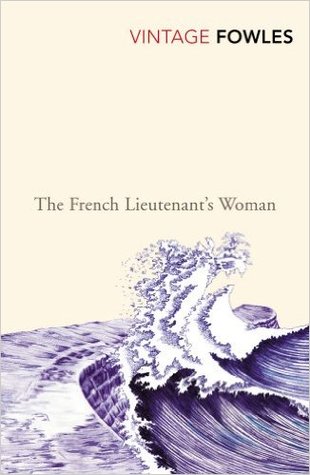 But what I do remember is that it is a book with an alternative ending and what I first thought of for my first link is a book with no ending – The Mystery of Edwin Drood by Charles Dickens. It begins with a scene in an opium den where Jasper lies under the influence of several pipes of opium, trembling and almost incoherent from the visions that came to him.

Drood by Dan Simmons is also full of opium induced nightmares. In this book Drood is horrific, a half-Egyptian fiend who takes laudanum by the jugful. I didn’t enjoy this book – it’s too long, too wordy and full of unlikeable characters, but it does contain some vivid descriptions – the slums of London, the train accident at Staplehurst and the fantastical “Undertown” with its miles of tunnels, catacombs, caverns and sewers.

Elizabeth Barrett Browning: a biography by Margaret Forster reveals that from an early age Elizabeth took a tincture of opium (laudanum) prescribed to her for various illnesses, including ‘nervous hysteria‘. Elizabeth had a beloved spaniel, Flush, who shares her sickroom.

Agatha Christie also had a much loved dog and dedicated Dumb Witness to him. Poirot investigates the death of Miss Emily Arundell. The ‘dumb witness’ of the title is Bob, Emily’s wire-haired terrier. After Emily fell down the stairs, tripping over Bob’s ball, she was convinced her relatives were trying to kill her.

his brings me to Now We Shall Be Entirely Free by Andrew Miller in which the main character, Captain John Lacroix, also takes opium and meets an Emily – Emily Frend, who is losing her sight. Lacroix, unable to face the memories of the horrors he experienced at the battle of Corunna is being tracked by Corporal Calley and a Spaniard, Lieutenant Medina, who have been ordered to kill him for his part in the battle.

My final link is to another book about a lieutenant and also linking back to the start of the chain. It’s The Lieutenant by Kate Grenville, based on real events and set in 1788, about Daniel Rooke, a lieutenant and an astronomer with the First Fleet when it lands on the shores of New South Wales. Rooke gets to know the local Aboriginal people, and forges a remarkable connection with one child, which will change his life in ways he never imagined.

I like the circularity of this chain beginning and ending with books about lieutenants and containing a third book about yet another lieutenant. The chain passes through time and place from England in the 19th century to Australia in the 18th century, connected by the endings of books, opium addicts, a love of dogs and characters called Emily. I have read all the books except for The Lieutenant, which is one of my TBR books.

Next month (February 2, 2019), the chain begins with Fight Club by Chuck Palahniuk.

23 thoughts on “Six Degrees of Separation: from The French Lieutenant’s Woman to The Lieutenant”