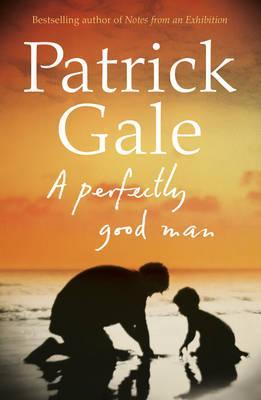 Having read Notes from an Exhibition earlier this year I expected to like Patrick Gale’s A Perfectly Good Man, so I’m delighted to say that I loved it.

I have read plenty of books that move backwards and forwards in time and move from one character to another, but not one like A Perfectly Good Man, that does it so successfully that you don’t experience any confusion or struggle to remember who is who – at least that was my experience with this book. It’s set in Cornwall, in particular in Pendeen and Morvah, north-west of Penzance, the setting for Notes from an Exhibition.

The ‘perfectly good man‘ is Barnaby Johnson, a parish priest, a man who always tries to do the right thing; needless to say he doesn’t always manage it. There’s his wife, Dorothy, who becomes known, not appropriately as ‘Dot’, his daughter, Carrie, his adopted Vietnamese son ‘Jim’, who, in the course of the book, reverts to his native name ‘Phuc’, pronounced to rhyme with ‘foot’ and not ‘luck’, and a particularly nasty character who calls himself ‘Modest Carlsson’.

But the novel begins with Lenny, aged 20, who is paralysed after an accident playing rugby and is in a wheelchair. He is unable to cope with the prospect of a life never being able to run or  walk again, a life of people making allowances for him, of charity; he had lived for nights out with his girlfriend,and for rugby. He asks Barnaby to be with him as a witness to his suicide and to pray for him.

I got to know these people very well over the course of the book and eventually understand their individual stories and how their lives interconnect. The significance of their actions not only on themselves but on the others around them became so real as I read on – for example, Dot’s anguish over her miscarriages and the consequences, not just on her and the boy, but on the whole family and community, of adopting a Vietnamese orphan is agonisingly plain. I was pleased to see glimpses of some characters from Notes from an Exhibition as they made fleeting appearances, and a return of Morwenna Middleton to the area, which explained what had happened to her after the events of Notes from an Exhibition. Modest Carlsson is the antithesis of Father Barnaby in his cruel and heartless behaviour in destroying what is a treasured possession and in revealing a devastating secret that he should have kept to himself.

A Perfectly Good Man is a beautifully written book about faith and the loss of faith, about love and cruelty and deception, about ordinary life and about everyday tragedies, and also sublime moments. It’s a quiet novel that left me feeling I must read more of Patrick Gale’s books. Fortunately I already have one more on my shelves, A Place Called Winter historical fiction described as a novel of forbidden love, secrets and escape and in The Times as a novel ‘written with intelligence and warmth’.

8 thoughts on “A Perfectly Good Man by Patrick Gale”