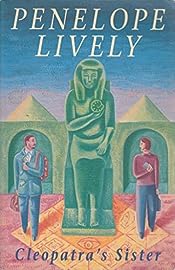 Howard Beamish became a palaeontologist because of a rise in the interest rate when he was six years old. His father, a cautious man with a large mortgage, announced that the projected family holiday to the Costa Brava was no longer feasible. A chalet was rented on the north Somerset coast instead and thus, on a dank August afternoon, Howard picked up an ammonite on Blue Anchor Beach.

He presented it to his parents. ‘What’s this?’

It’s a stone,’ said his father, who was listening to the test match.

‘No, it isn’t,’ retorted Howard, an observant child.

‘Why?’ persisted Howard after a few moments. The single word embraced a vast range of query, for which he did not have the language.

His mother, too, paused to consider and was also defeated, though for different reason. She evaded the issue by offering Howard a tomato sandwich, which he accepted with enthusiasm while continuing to pore over the ammonite. During the rest of the afternoon, he collected five more fossil fragments, including one embedded in a slab of rock weighing several pounds.

Penelope Lively is one of my favourite authors, so I’m expecting to enjoy this book. I’ve quoted more than the first paragraph as I loved the conversation between Howard and his parents and the description of the scene on the beach as Howard ate his tomato sandwich and collected fossils. It shows the influence of chance on our lives – and I’m also fascinated by fossils.

Detached and unwordly paleontologist Howard Beamish is on a journey that is to change his life. Travelling to Nairobi, his plane is forced to land in Marsopolis, the capital of Callimbia, where Cleopatra’s sister entertained Antony. Also on the flight is Lucy Faulkner, a journalist with a sketchy knowledge of Callimbia’s political turbulence. As chance throws them together, Howard and Lucy become embroiled in a revolution that is both political and personal.

‘Every sentence is a pleasure to read’ Sunday Express

‘A fluent, funny, ultimately moving romance in which lovers share centre stage with Lively’s persuasive meditations on history and fate. . .a book of great charm with a real intellectual resonance at its core’ The New York Times Book Review

What do think – would you read on?