Now: I’m currently reading, and loving so far, The Legacy of Elizabeth Pringle by Kirsty Wark, a book I bought a couple of years ago. My copy is the hardback version, which is a joy to hold and read. 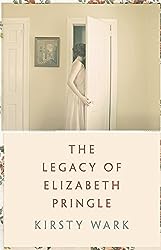 Born just before the First World War, Elizabeth Pringle has been a familiar yet solitary figure on the Scottish island of Arran. A dutiful daughter, an inspirational teacher, a gardener. But did anyone really know her? When Elizabeth dies, her will contains a surprise. She has left her home and her belongings to someone who is all but a stranger, a young mother she watched pushing a pram down the road more than thirty years ago.
Now it falls to Martha, the baby in that pram, to find out how her mother inherited the house in such strange circumstances, and in doing so, perhaps leave her own past behind. But first she has to find the answer to the question: who was Elizabeth Pringle?
A captivating and haunting story of the richness beneath so-called ordinary lives and the secrets and threads that hold women together.

I’m still reading SPQR by Mary Beard, a fascinating history of Ancient Rome – see last week’s post for a synopsis. I’m reading the ebook and am currently at 46%. My Kindle estimates it will take me 8 hours and 1 minute to read to the end. 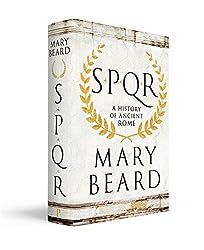 Then: Last week I was undecided about what to read next and had started reading three books, but suddenly it all became clear and I carried on reading Miss Pym Disposes by Josephine Tey, followed up by The Madness of July by James Naughtie. (See last week’s post for the synopses). Two very different books and I enjoyed both of them. I wrote about Tey’s book in this post. I have yet to write one about Naughtie’s book.

Next: As always I’m unsure which book I’ll pick up next. At the moment I’m leaning towards Edwin: High King of Britain: the Northumbrian Thrones 1 by Edoardo Albert, a present from my son for Mother’s Day. 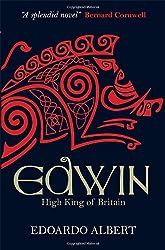 Edwin, the deposed king of Northumbria, seeks refuge at the court of King Raedwald of East Anglia. But Raedwald is urged to kill his guest by Aethelfrith, Edwin’s usurper. As Edwin walks by the shore, alone and at bay, he is confronted by a mysterious figure ‘“ the missionary Paulinus ‘“ who prophesies that he will become High King of Britain.

It is a turning point. Through battles and astute political alliances Edwin rises to great power, in the process marrying the Kentish princess Aethelburh. As part of the marriage contract the princess is allowed to retain her Christian faith. But, in these times, to be a king is not a recipe for a long life . . . This turbulent and tormented period in British history sees the conversion of the Anglo-Saxon settlers who have forced their way on to British shores over previous centuries, arriving first to pillage, then to farm and trade ‘“ and to come to terms with the world view of the Celtic tribes they have driven out.

What are you reading this week ‘“ and have you read any of these books? Do let me know.