I’ve added just one book to my Kindle this week: 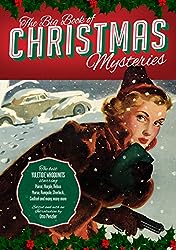 The Big Book of Christmas Mysteries: The Most Complete Collection of Yuletide Whodunits Ever Assembled

Here, for your yuletide reading pleasure, are the collected crimes of Christmases Past and Present: sixty classic Christmas crime stories gathered together in the largest anthology of its kind ever assembled. And its an all-star line-up: Sherlock Holmes, Brother Cadfael, Miss Marple, Hercule Poirot, Ellery Queen, Rumpole of the Bailey, Inspector Morse, Inspector Ghote, A.J. Raffles, Nero Wolfe and many, many more of the world’s favourite detectives and crime fighters face unscrupulous Santas, festive felonies, deadly puddings, and misdemeanors under the mistletoe. Almost any kind of mystery you’re in the mood for – suspense, pure detection, humour, cozy, private eye, or police procedural – can be found within these pages.

I couldn’t resist getting it! Some of the authors are familiar to me, some I’ve heard of and some are completely new-to-me. I hope to read some before Christmas.

I’ve also borrowed two from the library this week, which I’ll probably leave until after New Year. They are: 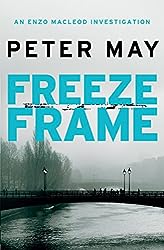 A promise made to a dying man leads forensics ace Enzo Macleod, a Scot who’s been teaching in France for many years, to the study which the man’s heir has preserved for nearly twenty years. The dead man left several clues there designed to reveal the killer’s identity to the man’s son, but ironically the son died soon after the father.

So begins the fourth of seven cold cases written up in a bestselling book by Parisian journalist Roger Raffin that Enzo rashly boasted he could solve (he’s been successful with the first three). It takes Enzo to a tiny island off the coast of Brittany in France, where he must confront the hostility of locals who have no desire to see the infamous murder back in the headlines. An attractive widow, a man charged but acquitted of the murder–but still the viable suspect, a crime scene frozen in time, a dangerous hell hole by the cliffs, and a collection of impenetrable messages, make this one of Enzo’s most difficult cases.

I’ve enjoyed Peter May’s Lewis Trilogy. I hope this works well as a stand alone book as it’s the fourth Enzo Macleod book and I haven’t read the first three. 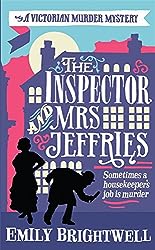 This charming series of Victorian murder mysteries features mild-mannered Inspector Witherspoon of Scotland Yard and, more importantly, Mrs Jeffries, his housekeeper. A policeman’s widow herself, her quick wits allow her to nudge the Inspector in the right direction to solve the crime.

When a doctor is discovered dead in his own office, Mrs Jeffries is on the look-out for a prescription for murder, determined to discover the culprit, despite how her employer feels about interviewing suspects . . . “He hated questioning people. He could never tell whether or not someone was actually lying to him, and he knew, shocking as it was, that there were some people who lied to the police on a regular basis.”

Emily Brightwell is a new-to-me author. I thought I’d see what this one is like.