This was originally Cleo’s idea (Cleopatra Loves Books). It’s to look back over your reviews of the past five years and pick out your favourite books for each month from 2011 ‘“ 2015. I like it so much it inspired me to do the same.

I really enjoy looking back over the books I’ve loved reading. These are some of my favourite books for each October from 2011 to 2015 (click on the titles/covers to see my original reviews).

The House of Stairs 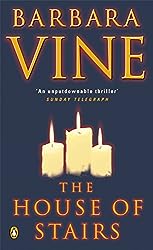 by Barbara Vine – It is a most remarkable book, in that it turns a murder mystery upside down, as it were. It is clear from the start that there has been a murder and the murderer is known ‘“ she has just been released from prison. But who did she murder? Why, where, when and how? The other characters all know ‘“ but not the reader. The House of Stairs is so called because it’s a big house on five floors with a staircase of 106 stairs.

The crime is only revealed very gradually, building up the suspense and tension in a series of flashbacks, as you realise the how, the where and the when, but only by inference. As for the identity of the victim, I kept changing my mind, only finally deciding it must be this person, just a few pages before the dÃ©nouement. 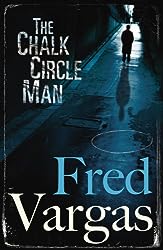 The Chalk Circle Man by Fred Vargas – this is a very cleverly constructed and quirky mystery with a twist at the end which took me totally by surprise. Strange blue chalk circles start appearing on the pavements of Paris and then the body of a woman with her throat savagely cut is found in one of them.

This is the first of her Commissaire Jean-Baptiste Adamsberg novels. Adamsberg just doesn’t fit the usual detective profile ‘“ well, he is a loner, so that’s pretty standard, but apart from that he stands out  ‘“ an outsider from the Pyrenees, newly appointed to Paris as Commissaire of police headquarters in the 5th arrondissement. His colleagues don’t understand him, especially Inspector Danglard, who likes a drink and isn’t too reliable after about four in the afternoon. A most enjoyable read! 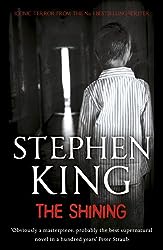 The Shining by Stephen King tells the story of Jack Torrance and his family as they move into the Overlook Hotel in the Colorada Rockies. The Overlook is closed for the winter and Jack, a recovering alcoholic is the caretaker. Just what impels him towards murder is horrifyingly revealed as the winter weather closes in on the hotel and they are cut off from the rest of the world.

The characters are so well-drawn and so distinct. Their vulnerability, coupled with the way King gets inside each person’s head, increases the element of fear. There’s the horror of the father who has monsters inside his head, who still loves his son, but demands he should ‘˜take his medicine‘; the evil is palpable. It’s an excellent choice to read at Halloween.

I read so many brilliant books in October 2014! I’ve picked just one for this post – the others are listed in this post. 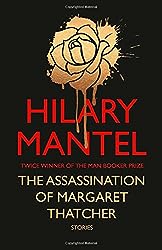 The Assassination of Margaret Thatcher by Hilary Mantel. I enjoyed this collection of stories,  which are brooding, somewhat melancholic, dark, disturbing and full of sharp and penetrating observations. One of my favourite stories was Sorry to Disturb, which describes the dilemma of a British woman living in Jeddah in Saudi Arabia when she finds herself befriended by a young Pakistani businessman ‘“ a situation that was ‘˜ripe for misunderstanding‘˜. It has a claustrophobic atmosphere.

Overall this is a compelling book, brilliantly written, keenly observed, with the power to chill and shock me. 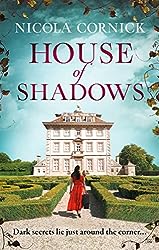 House of Shadows by Nicola Cornick – a time-slip novel with each strand of the story clearly defined, each set firmly in its historical context. It’s a fascinating mix of factual history combined with historical interpretation/imagination to fill in the gaps in the records.

There is so much I loved in this book ‘“ the history, all the storylines,  the characters, and the settings against the backdrop of years from the 16th to the 21st centuries. It has mystery, elements of the supernatural as well as being a love story. Once I started reading the House of Shadows I didn’t want to stop as the history of the crystal mirror and the Sistrin pearl, a jewel of rare beauty and price unfolds.