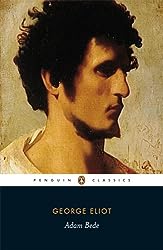 Carpenter Adam Bede is in love with the beautiful Hetty Sorrel, but unknown to him, he has a rival, in the local squire’s son Arthur Donnithorne. Hetty is soon attracted by Arthur’s seductive charm and they begin to meet in secret. The relationship is to have tragic consequences that reach far beyond the couple themselves, touching not just Adam Bede, but many others, not least, pious Methodist Preacher Dinah Morris. A tale of seduction, betrayal, love and deception, the plot of Adam Bede has the quality of an English folk song. Within the setting of Hayslope, a small, rural community, Eliot brilliantly creates a sense of earthy reality, making the landscape itself as vital a presence in the novel as that of her characters themselves.

and Last Seen in Massilia by Steven Saylor 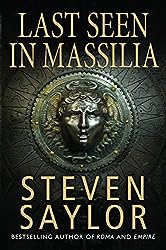 As civil war between Caesar and Pompey engulfs the Roman world, Gordianus the Finder receives an anonymous message informing him of the death of his son Meto who has been acting as a double agent for Caesar. The search for Meto’s fate brings Gordianus to the besieged seaport of Massilia, which is stubbornly holding out against Caesar’s troops. As famine and slaughter threaten the blockaded city, Gordianus is drawn into the intrigues of exiled Romans and duplicitous Massilians. His only friend in the city, Hieronymous, has been made the doomed scapegoat elected by city officials to bear the sins of the populace and save them all from annihilation. Meanwhile, Gordianus is constantly frustrated in his efforts to find out what happened to his son – and when he witnesses the fall of a young woman from a precipice outside the city called the Sacrifice Rock, then the plot begins to thicken…

Then – yesterday I finished The Buried Giant by Kazuo Ishiguro 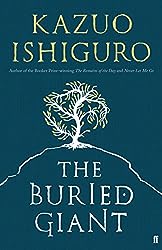 The Romans have long since departed, and Britain is steadily declining into ruin. But at least the wars that once ravaged the country have ceased.

The Buried Giant begins as a couple, Axl and Beatrice, set off across a troubled land of mist and rain in the hope of finding a son they have not seen for years. They expect to face many hazards ‘“ some strange and other-worldly ‘“ but they cannot yet foresee how their journey will reveal to them dark and forgotten corners of their love for one another.

This is a fascinating book and I’m currently sorting out my thoughts for my post later this week.

Next – impossible to predict right now with some many books begging to be read. It could be one of these:

or it could be something completely different (there are plenty more waiting to be read)! What would you choose and what have you been reading?