This was originally Cleo’s idea (Cleopatra Loves Books). It’s to look back over your reviews of the past five years and pick out your favourite for each month from 2011 ‘“ 2015. I like it so much it inspired me to do the same .

I really enjoy looking back over the books I’ve loved reading. These are my favourite books for each July from 2011 to 2015 (click on the covers to see my original reviews). 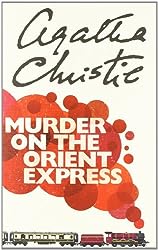 Murder on the Orient Express by Agatha Christie. This is one of Agatha Christie’s most well known books, not least because of the films with Albert Finney and David Suchet as Poirot.

Poirot is on the Orient Express, on a three-days journey across Europe. But after midnight the train comes to a halt, stuck in a snowdrift. In the morning the millionaire Simon Ratchett is found dead in his compartment his body stabbed a dozen times and his door locked from the inside.

I liked this book enormously. I liked the characterisation and all the, now so non-pc, comments about nationalities, highlighting class and racial prejudice. I liked the problem-solving and ingenuity of the plot. 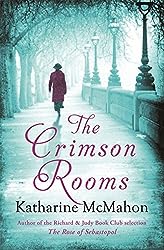 The Crimson Rooms by Katherine MacMahon – set in London in 1924, with Britain still coming to terms with the aftermath of the First World War. Evelyn Gifford, one of the few pioneer female lawyers, is involved in defending several cases.

It’s beautifully written and I was fascinated by this account of early women lawyers. It clearly shows the prejudice these women had to overcome just to qualify as lawyers, never mind the difficulties of persuading law firms to employ them and clients to accept them. It’s also a novel about the way people’s lives were affected by the War, how men were unable to resume their old lives, some damaged by shell-shock and the horrors they had taken part in, or witnessed during the war.

To Kill a Mockingbird by Harper Lee – this is set in the Deep South of  America in the 1930s, and narrated by Scout (Jean Louise Finch) as she looks back as an adult to the Depression, the years when, with her older brother, Jem, and their friend, Dill, she witnessed the trial of Tom Robinson, a black man accused of raping a white girl. Scout’s father, Atticus, a lawyer defends Tom. It’s also the story of Boo Radley, their neighbour, a man who is never seen, who is said to only come out at night.

I ‘d wondered if this book that all the world seems to love would live up to the hype for me. It did! It’s a wonderful book! Now two years later I’m wondering whether or not to read Go Set a Watchman … what if it spoils my enjoyment of To Kill a Mockingbird? 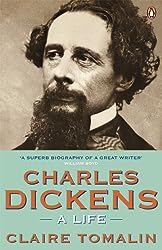 Charles Dickens: a Life by Claire Tomalin was my five star book in July last year. I fully intended to write a post about it, but somehow never did. I thoroughly enjoyed this immensely detailed biography, complimented with maps of Gads Hill and Rochester and Dickens’ London, and a Cast List, copious notes,  a bibliography and an index – all essential reference material.

This biography brings Dickens, his books, his work for the poor, downtrodden and ill-treated, and his world to life. It’s a ‘warts and all’ biography; nothing is left out. And best of all it made me want to read more of Dickens’ own books. 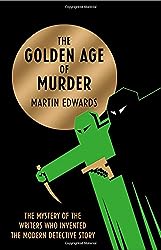 Another non-fiction book takes the top spot in July this year – The Golden Age of Murder by Martin Edwards. This is the story of the writers who formed the Detection Club between the two World Wars. Edwards sets the authors and their works in context ‘“ that period when Britain was recovering from the horrors of the First World War, living through an age of austerity as unemployment grew, the cost of living soared leading to the General Strike whilst the rich partied and saw the beginnings of the end of the British Empire.

It is quite simply a tour de force, comprehensive, and crammed full of fascinating information about the period and the authors. Martin Edwards’ love of Golden Age fiction shines throughout the book, (skilfully writing about books without giving away any spoilers).