March has been a bumper reading month, as I finished reading 11 books, bringing my total for the year so far to 26 books.

I’ve written about eight of them – the links in bold are to my posts:

Turn of the Tide by Margaret Skea

– historical fiction set  in 16th century Scotland in the Scottish Borders. It’s a tale of love, loyalty, tragedy and betrayal; of the feud between the Cunninghames and the Montgomeries. I loved it.

Harriet Vane is on trial for the murder of her former lover, Philip Boyes. Lord Peter Wimsey, attending the trial, is convinced she is innocent and sets out to prove it ‘¦ and falls in love with her. Superbly written with humour as well as ingenuity.

fiction set in the theatrical world of the post-war 1950s and linking back to the war years . DI Edgar Stephens investigates the murder of a girl whose body was found cut into three, reminding him of the illusion known as the Zig Zag Girl.

Three Act Tragedy by Agatha Christie – one of her earlier books, featuring Hercule Poirot and Mr Satterthwaite, full of baffling clues, conjuring tricks, clues concealed in conversations, with larger than life personalities, and above all with puzzles to be solved. I really enjoyed it.

The Autistic Brain: Exploring the Strength of a Different Kind of MInd by Temple Grandin – non fiction –  about the changes in the diagnosis of autism and other developmental disorders. ‘Autism, depression and other disorders are on a continuum ranging from normal to abnormal. Too much of a trait causes severe disability, but a little bit can provide an advantage.’  I found parts of this were very readable and easily understandable, other parts (more scientific/technical) were less so.

Catching the Eagle by Karen Charlton – historical crime fiction set in Northumberland in the early 19th century, based on a true story. Kirkley Hall manor house is burgled,suspicion falls on Jamie Charlton and he and his family face a desperate battle to save him from the gallows.  It’s packed with tension and realism that kept me captivated from start to finish.

Seeking Our Eagle by Karen Charlton -non fiction an account of how she came to write Catching the Eagle whilst researching her husband’s family history.

Gaudy Night by Dorothy L Sayers  – crime fiction. Harriet Vane goes back to her old Oxford college where she encounters obscene graffiti and poison pen letters. Struggling to find the culprit she enlists the help of Lord Peter Wimsey. This is an absorbing mystery, portraying life in the 1930s, and exploring the role of women in society, particularly with regard to education and marriage.

The Wonderful Wizard of Oz by L Frank Baum – an entertaining story, pure escapism, which I would have loved as a child, following Dorothy’s adventures in the Land of Oz .

The Reckoning by Jane Casey – crime fiction, the second in the Maeve Kerrigan series. I thoroughly enjoyed this book, although the opening scenes are rather grim as two men are found dead, both tortured to death. The victims were both paedophiles and no one seems to be too concerned about them. Maeve is not finding it easy to get on with her new boss DI Josh Derwent, and her relationship with her lover Rob, is also causing her problems. Most of the book is narrated by Maeve, with just a few by Rob. It’s quite a complicated plot but is basically a police procedural written in a straight forward style that makes it easily readable, if a little over long in parts.

Burying the Typewriter: Childhood Under the Eye of the Secret Police by Carmen Bugan – nonfiction,  a childhood memoir of political oppression and persecution during Romania’s Ceausescu years.

One quiet day when her mother was away from home, Carmen Bugan’s father put on his best suit and drove into Bucharest to stage a one-man protest against Ceausescu. He had been typing pamphlets on an illegal typewriter and burying it in the garden each morning under his daughter’s bedroom window. This is the story of what happened to Carmen and her family, isolated and under surveillance in their beloved village home. It is an intimate piece of our recent history, the testimony of an extraordinary childhood left abruptly behind. Above all, it is a luminous, compassionate, and unflinchingly honest book about the price of courage, the pain of exile, and the power of memory.

Even though this is a beautifully written and descriptive book I struggled a bit at first with the style of writing in the historic present tense, but then I often have problems reading the present tense. However, this does make it a remarkable book, and the first part of it really does seem to be seen through a child’s eyes, unaware of her parents’ activities. As Carmen grew older she became more aware of what was going on. A testimony to courage in the face of oppression.

I can’t choose just one book this month as my favourite – it’s a tie between The Turn of the Tide and Gaudy Night! 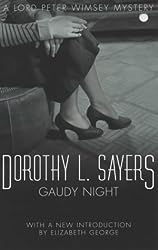 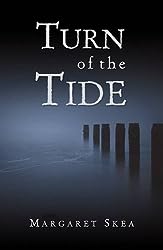