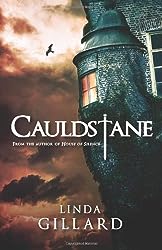 5 thoughts on “Cauldstane by Linda Gillard”