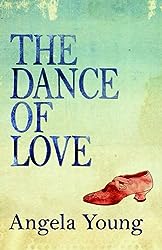 11 thoughts on “The Dance of Love by Angela Young”