I went to the library yesterday to pick up a reservation, The Private Lives of the Impressionists by Sue Roe. I’d written about the short course on the Impressionists I’m doing and Litlove recommended this book. It has a lovely front cover showing part of Eugene Manet on the Isle of Wight by Berthe Morisot. I’d love to see the original which is in the Musee Marmottan in Paris.

The course I’m doing is focussing on the sites the painters used and not much about their lives and as I know very little (nothing really) about them this book promises to enlighten me. It covers Manet, Monet (I get those two mixed up in my head), Pisarro, Cezanne, Renoir, Degas, Sisley, Berthe Morisot and Mary Cassatt, going into their homes, their studios, describing their love affairs and arguments, as well as their canvases and theories. It has some illustrations. 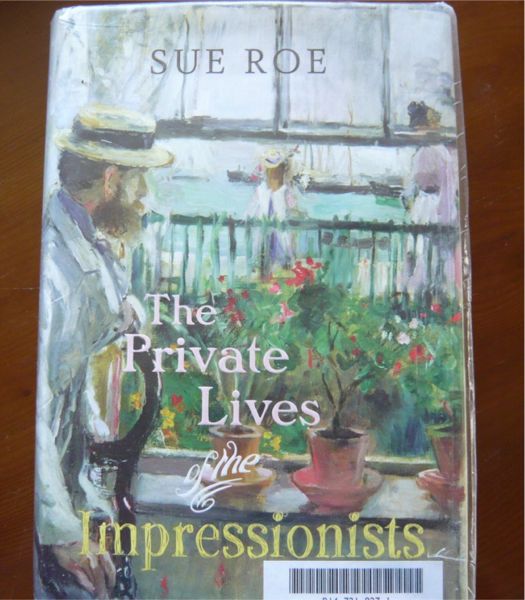 Whilst I was in the library I looked for other books on the Impressionists focussing on their actual works. There was plenty of choice and I came home with two large heavy books: 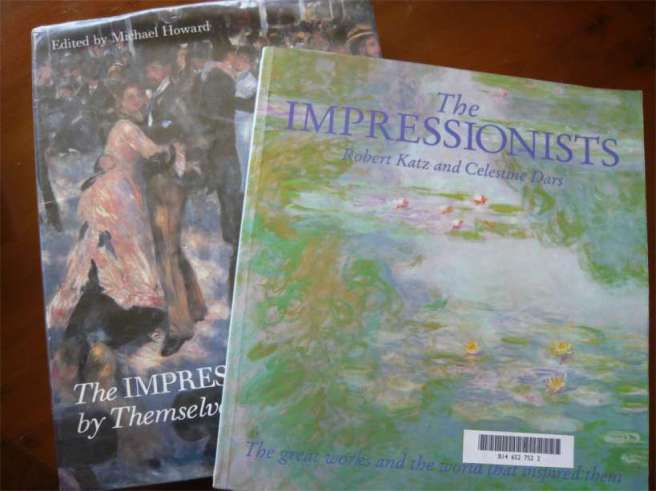 I don’t think the three week loan period will be long enough for me to absorb these books but at least I’ll find out if I want to buy any of them for future reference.