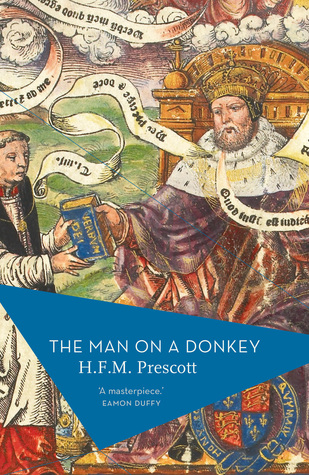 In 1536, Henry VIII was almost toppled when Northern England rose to oppose the Dissolution of the Monasteries. For a few weeks Robert Aske, the leader of the rebels, held the fate of the entire nation in his hand … An enthralling novel about a moment in history when England’s Catholic heritage was scattered to the four winds by a powerful and arrogant king.

Sir John Uvedale had business at Coverham Abbey in Wensleydale, lately suppressed, so he sent his people on before him to Marrick, to make ready for him, and to take over possession of the Priory of St. Andrew from the Nuns, who should all be gone by noon or thereabouts. Sir John’s steward had been there for a week already, making sure that the Ladies carried away nothing but what was their own, and having the best of the silver and gold ornaments of the Church packed up in canvas, then in barrels, ready to be sent to the King. The lesser stuff was pushed, all anyhow, into big wicker baskets; since it would be melted down, scratches and dints did not matter.

The Man on a Donkey is the longest book I’ve read this year and at times I thought it was overlong. It certainly is not a book to read quickly, as John Cooper writes in his Introduction it ‘requires persistence from the reader.’ Hilda Prescott (1896 – 1972) was a historian and biographer as well as a novelist and based this novel on documentary evidence relating to the Pilgrimage of Grace in 1536 led by Robert Aske, a lawyer. It was a protest against Henry VIII‘s break with the Roman Catholic Church, the Dissolution of the Monasteries, and the policies of the King’s chief minister, Thomas Cromwell. 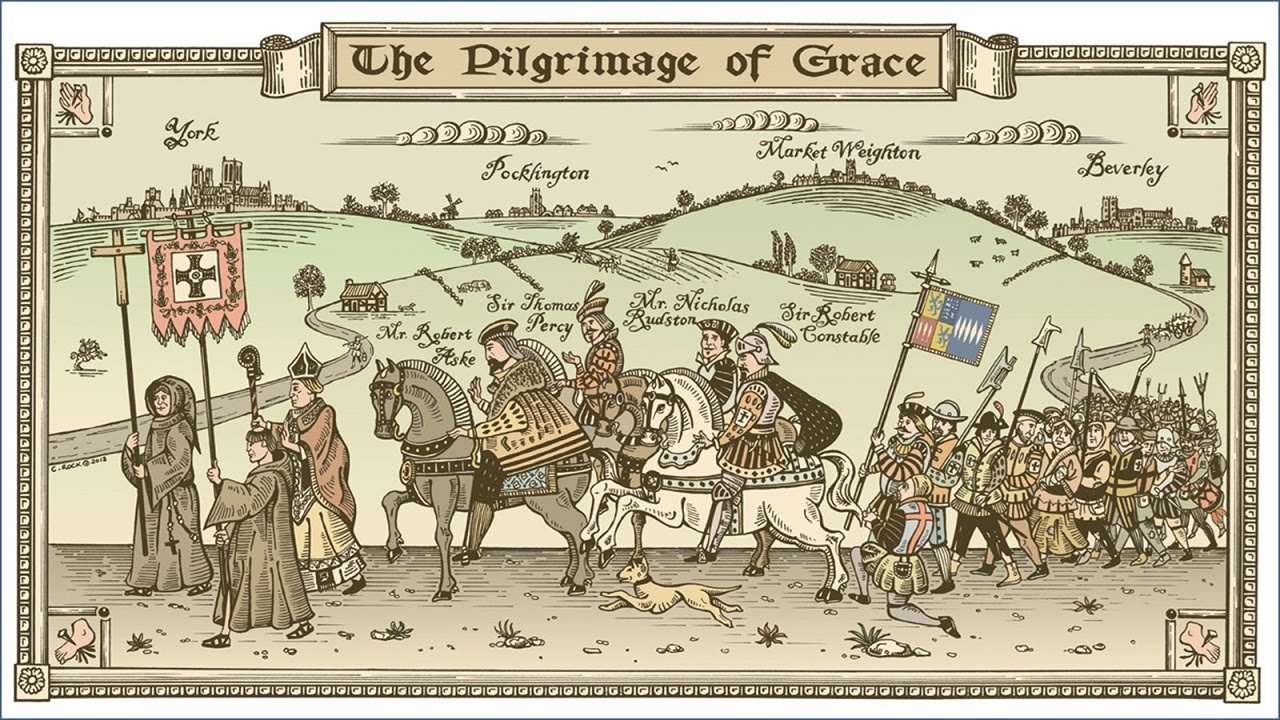 It’s written in the form of a chronicle, written from the various characters’ viewpoints. It’s as much about the ordinary people as the rich and powerful. There are many characters including many real historical people, such as Henry VIII, Katherine of Aragon, Anne Boleyn, Thomas Cromwell, Princess Mary and Thomas More amongst others. The two main characters are historical figures too – Robert (Robin) Aske and Christabel Cowper, the last Prioress of the Benedictine nunnery at Marrick in Yorkshire. They and the fictional characters came to life as I got used to their individual voices – some instantly likeable, such as Robin and Christabel despite their flaws and others so despicable. Henry VIII, a tyrant and Thomas Cromwell, a real villain, for example were much reviled as between them they created fear and terror in a totalitarian regime.

In fact this book is in line with much of what I had learnt of the period from history lessons at school, films, books and TV series up until I read Hilary Mantel’s books that portray a much kinder view of Cromwell. But just like Mantel’s books, this book transported me back to that time, with lyrical descriptions of the settings, both of the countryside and of the towns, of Marrick Priory and of the king’s court, of the people, and the mood of the times, both religious and political.

The Pilgrimage of Grace was not a revolution against Henry but an attempt to get him to change his mind and to understand how people felt. They wanted Henry to stop the dissolution and his attacks on the monks and nuns and to return the country to following the Pope. There were several uprisings and thousands of people were involved, nobles as well as the ‘commons’. But it cost many people their lives in excruciating pain as they were hanged, drawn and quartered.

The source of the book’s title comes from the mystic, Malle, a  simple-minded young woman who the nuns had bought at a York market in the belief that she was a mermaid. She is a strange character who sees a vision of Christ riding on a donkey over a bridge across a stream in the Yorkshire countryside. Her visions and strange sayings continue to puzzle and frighten people throughout the book.

Reading A Man on a Donkey has reminded me that I have Tracy Borman’s biography of Thomas Cromwell still to read. It’s a detailed account of his life, subtitled ‘the untold story of Henry VIII’s most faithful servant’. I wonder what this will reveal about Cromwell’s controversial  character?