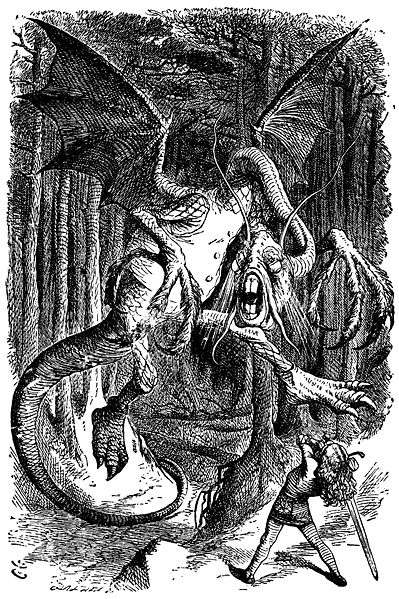 From Lewis Carroll’s Through the Looking Glass, illustration by John Tenniel.

This was a great favourite of mine as a child and I still love the poem, Jabberwocky which begins:

Twas brillig and the slithy toves

Did gyre and gimble in the wabe;

All mimsy were the borogroves,

And the mome raths outgrabe.

Beware the Jabberwock, my son!

The jaws that bite, the claws that catch!

Beware the Jujub bird, and shun

I had no idea what the words meant but I loved the sound of them and learned them off by heart. Humpty Dumpty explains to Alice that ‘brillig’ means ‘4 o’clock’, ‘slithy’ means ‘lithe and slimy’ and ‘toves’ are something like badgers  and lizards and corkscrews, to ‘gyre and gimble’ means to go round and round like a gyroscope and make holes like a gimlet and the ‘wabe’ is a grass-plot around a sundial – as shown in this illustration also  by John Tenniel: 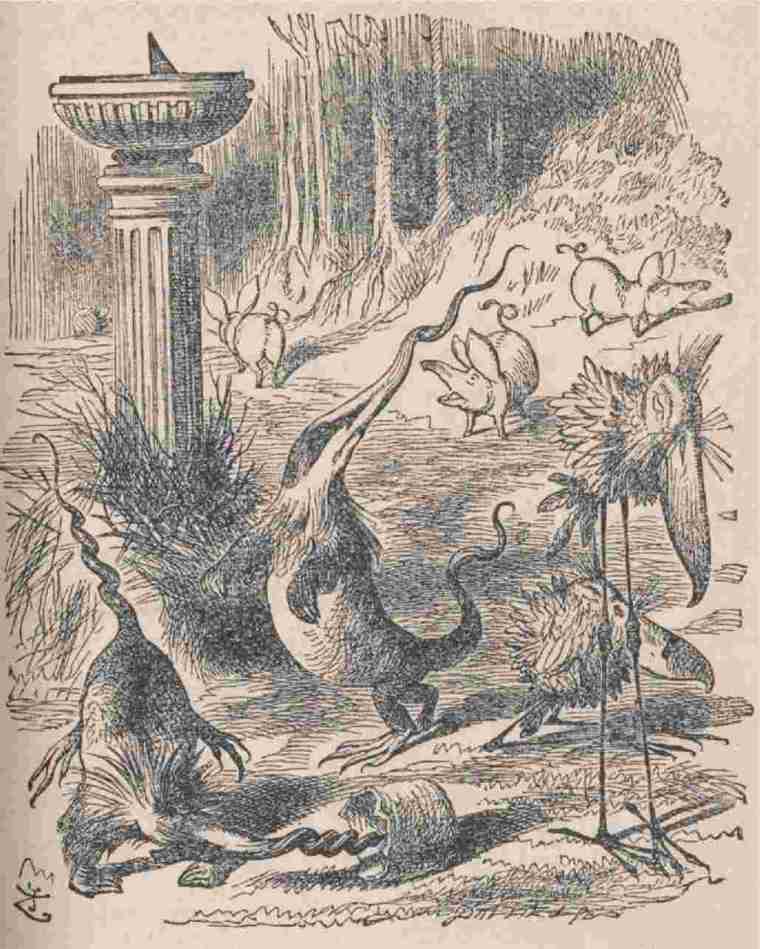