October and November have been unusual months as we’ve been away a couple of times – in October we went to the  the North Yorks Moors and at the beginning of November we were in the Lake District, where amazingly we had such beautiful sunny weather, cold but sunny with a brilliant blue sky.

Here are a few photos of some of the places we visited whilst staying in an isolated converted barn on the North Yorks Moors. Runswick Bay, and Robin Hood’s Bay are on the east coast near Whitby Abbey.

There a few red-roofed houses and cottages clinging to the cliff at Runswick Bay looking down on a long arc of beach. As the east coast is eroding the village is steadily creeping closer to the shore. The AA Mini Guide book – North Yorks Moors records that the village of Runswick, one of the ‘lost’ villages of Yorkshire’s coast, fell into the sea in 1682. The whitewashed house on the headland was the coastguard cottage.

Robin Hood’s Bay is further down the coast. It’s a little fishing village, with a long, steep access road down to the bay, a long stretch of sandy beach with a rocky foreshore.

The tide comes in very quickly and we had to dash back to avoid being caught. I did get my feet a bit wet though. 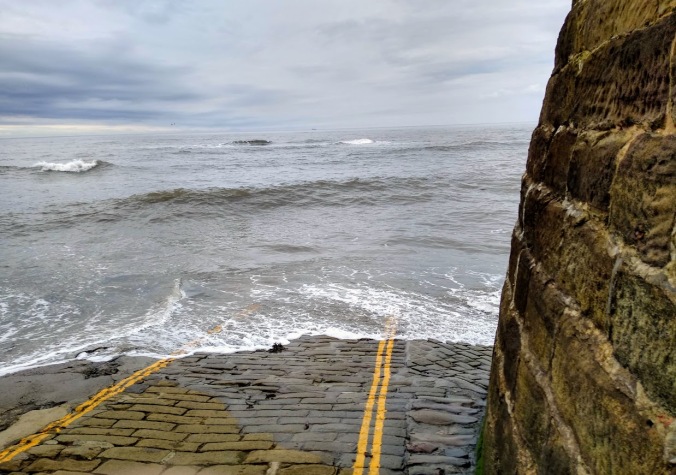 We had a quick look at Whitby Abbey and Whitby itself, but really need to go back to see it properly. 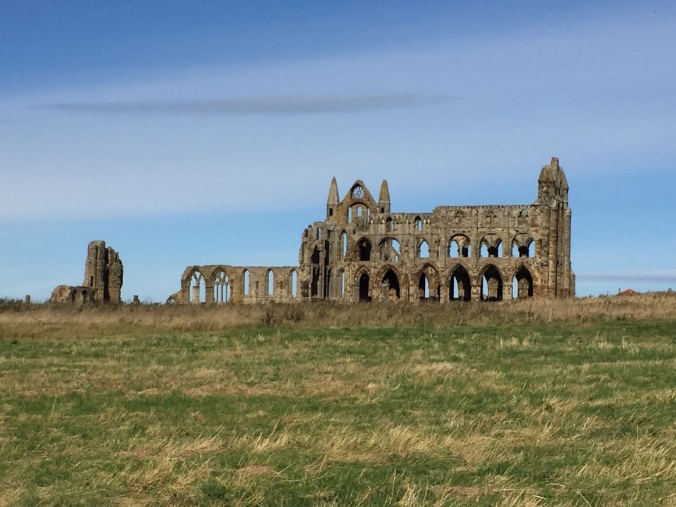 On the way home we stopped at the Angel of the North at Gateshead. I’d seen the Angel of the North from the A1, but we had never stopped to see it up close. It was created by Sir Anthony Gormley. Completed in 1998, it is a steel sculpture of an angel, 20 metres tall, with wings measuring 54 metres across. It is immense – the person walking up to the sculpture gives some idea of just how enormous it is. 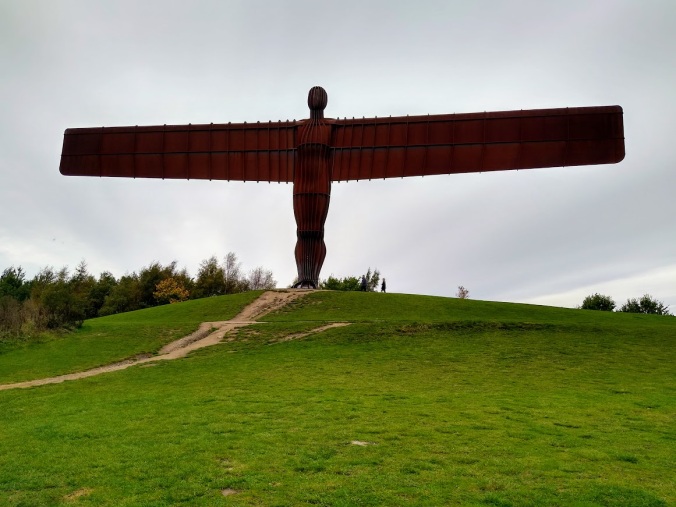 Angel of the North, Gateshead

I zoomed in to have a look at its head. 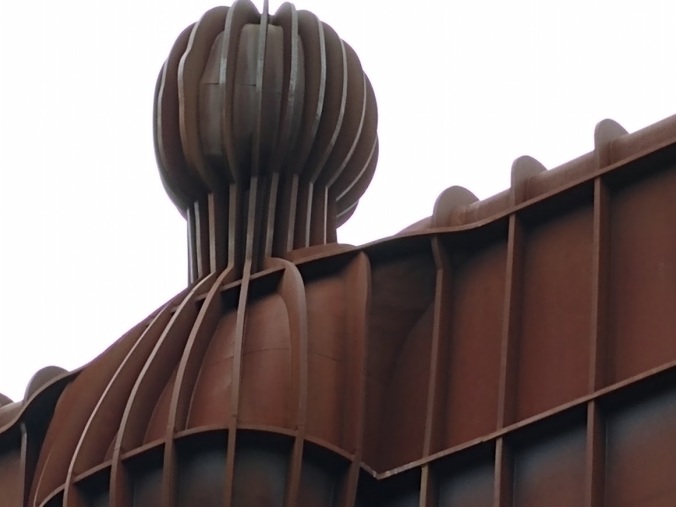 Angel of the North close up

Of course, all this holidaying and travelling around has meant I am now so very behind with writing about the books I read!