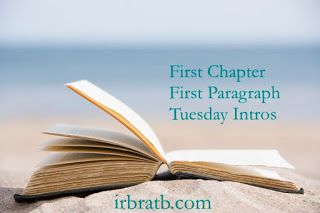 This week I’m featuring Hotel on the Corner of Bitter and Sweet by Jamie Ford. This is one of those books that I’ve heard about but never got round to looking for it to read. A couple of weeks ago Fictionophile included it in her Wednesday Word post about books with the word ‘bitter‘ in the title.  It caught my eye, and I decided to look for the book in my local library. 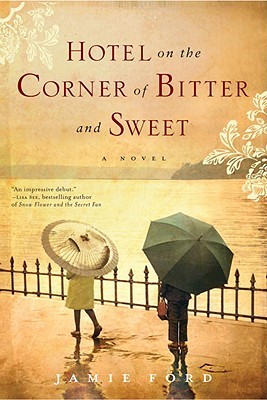 Old Henry Lee stood transfixed by all the commotion at the Panama Hotel. What had started as a crowd of curious onlookers eyeballing a television news crew had now swollen to a polite mob of shoppers, tourists, and a few punk-looking kids, all wondering what the big deal was. In the middle of the crowd stood Henry, shopping bags hanging at his side. He felt as if he were waking from a dream. A dream he’d once had as a little boy.

1986, The Panama Hotel The old Seattle landmark has been boarded up for decades, but now the new owner has made a startling discovery in the basement: personal belongings stored away by Japanese families sent to interment camps during the Second World War. Among the fascinated crowd gathering outside the hotel, stands Henry Lee, and, as the owner unfurls a distinctive parasol, he is flooded by memories of his childhood. He wonders if by some miracle, in amongst the boxes of dusty treasures, lies a link to the Okabe family, and the girl he lost his young heart to, so many years ago.

Having wondered about reading this book for a while now, I’m hoping I’ll like it.

5 thoughts on “First Chapter First Paragraph: Hotel on the Corner of Bitter and Sweet by Jamie Ford”