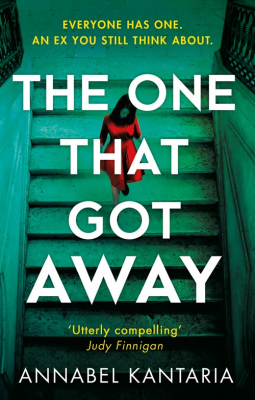 Source: Review copy from the publishers

Everyone has one. An ex you still think about. The one who makes you ask ‘what if’?

Fifteen years have passed since Stella and George last saw each other. But something makes Stella click ‘yes’ to the invite to her school reunion.

There’s still a spark between them, and although their relationship ended badly, they begin an affair.

But once someone gets you back, sometimes they’re never going to let you go again…

I can’t say I enjoyed The One That Got Away very much. Both Stella and George are unlikeable characters and rather one-dimensional. Stella is manipulative and George is weak, controlled by his need for sex and money. Both are now wealthy and successful.

It’s written from both Stella’s and George’s perspectives as they renew their relationship and things take a turn for the worse for one of them. As the story progressed I couldn’t feel much sympathy for either of them. I found it long and drawn out especially as it was remarkably easy to see what would happen next – and it’s written in the present tense (I often, but not always, find this off-putting). It’s not an easy book to rate –  I was tempted to give it just 1 star, but I liked the beginning and I did want to know how it would end, so I’ve given it 2 stars on Goodreads.

My thanks to the publishers for a review copy.

One thought on “The One That Got Away by Annabel Kantaria”