Last year I enjoyed highlighting some favourite books for each month from 2011 ‘“ 2015 so much that I’ve decided to begin a new series of monthly posts looking back at some of my favourite books from the years 2007 – 2010. Some of my earlier posts are rather brief as I was finding my way on the blog.

I’m beginning with books I read in June in each of those years (click on the titles to see my original reviews) – three crime fiction and one memoir:

On Trying to Keep Still by Jenny Diski this book is a personal memoir about being still, being alone, wanting to be alone, phobias and the problems of coping with life and especially with ageing. It’s about experiencing an experience, becoming aware of experiencing the experience and so losing the experience.

She visited New Zealand, spent two months almost alone in a cottage in the country in Somerset and visited the SÃ¡mi people of Lapland.  She described her adventures in places at the opposite ends of the earth intermingled with personal insights and meditations on solitude and stillness, consciousness and belief systems. I found it a moving, amusing, thought-provoking and original book. It was my favourite book of the whole year!

Jenny Diski, who died in April this year was a prolific author of fiction, memoir and essays for whom no subject was taboo.

Messenger of Truth: (the 4th Maisie Dobbs book) by Jacqueline Winspear, a detective story set in 1930/1 in England. The artist Nick Bassington-Hope has fallen to his death from the scaffolding whilst installing his work at an art gallery. The police believe it is an accident, but his twin sister Georgina isn’t convinced and hires Maisie Dobbs to investigate his death. Along with Nick’s death there is also the mystery of the missing piece of art work that was to be the centre of the exhibition.

Set in the  period, between the two World Wars, it reflects the great divide between the wealthy and the poor at that time. The lingering effects of the war are starkly and shockingly described in Georgina’s reminiscences about the treatment during the war of men suffering from shell-shock. An immensely satisfying read that I really enjoyed.

A Judgement in Stone by Ruth Rendell: A Judgement In Stone portrays Eunice, an illiterate woman and a psychopath who does anything to stop anyone from finding out that she can’t read or write.  The opening sentences reveal that she killed her employers, the Coverdales. So, you know that the murder is going to happen and as  the reasons why it happens become clear, the tension builds relentlessly. Without doubt this is a disturbing and a scary book and in my opinion one of Ruth Rendell’s best books. 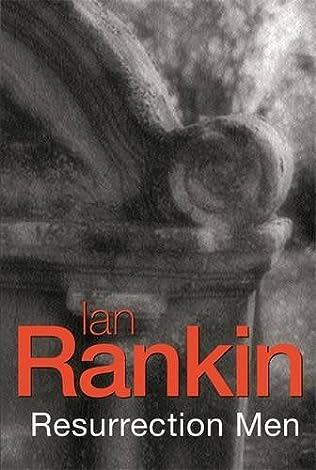 by Ian Rankin: the thirteenth Inspector Rebus novel. This isn’t about body-snatchers (as I wondered it might be), but about the cops who need re-training, including Rebus. They’re at Tullialian, the Scottish Police College and they are a tough bunch.  To help them become team players ‘“ fat chance of that I thought ‘“ they’ve been given an old, unsolved case to work on. But Rebus was involved in the case at the time and begins to get paranoid about why he is on the course. It’s a tough, gritty story  with more than one story line. An excellent book.

I’ve really enjoyed all the Rebus books and am looking forward to the next one, the 21st, Rather Be the Devil, to be published on 3 November.