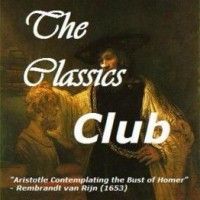 The books on this list are all books I own, either physical books on the bookshelves or e-books on Kindle. I would like to think that I’ll read them within the next five years (that is by April 2018!!). April 2018 has been and gone and I didn’t read all 50 books, having read 26 books by that date. I’m carrying on … and extending the end date to 2020.

One thought on “The Classics Club”