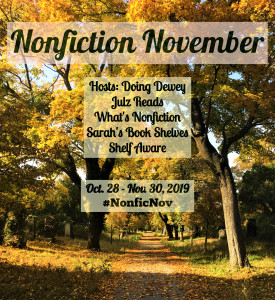 I’m taking part in Nonfiction November 2019 again this year. It was one of my favourite events last year – this year it will run from Oct 28 to Nov 30. Each Monday a link-up for the week’s topic will be posted at the host’s blog for you to link your posts throughout the week.

This week’s topic is:

Week 2: (Nov. 4 to 8) – Book Pairing (host: Sarah @ Sarah’s Book Shelves). This week, pair up a nonfiction book with a fiction title. It can be a ‘If you loved this book, read this!’or just two titles that you think would go well together. Maybe it’s a historical novel and you’d like to get the real history by reading a nonfiction version of the story.

I’ve recently read a couple of newly published historical novels that I think go well together with nonfiction books about the same subjects:

First, The Vanished Bride by Bella Ellis, a novel I loved, pairing it with  Juliet Barker’s biography of the Brontë family, The Brontës. 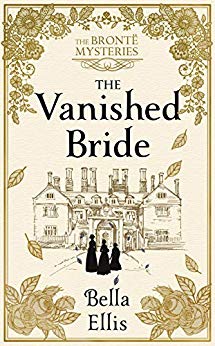 When I first came across The Vanished Bride I wasn’t at all sure I wanted to read it, as I’m never very keen on books about famous authors solving crimes. However, the Brontë sisters books have been amongst my favourites for years and I was curious find out what this book was all about. ‘Bella Ellis’ is the Brontë inspired pen name for the author Rowan Coleman, who has been a Brontë devotee for most of her life.

It is historical fiction set in 1845 about Charlotte, Emily and Anne and their brother, Branwell and how the sisters became ‘detectors’, or amateur sleuths as they investigate the disappearance of a young woman from Chester Grange, just across the moors from the Brontë Parsonage – which is, of course purely fiction. But it is not all pure fiction – in the Author’s Note Bella Ellis explains that it is based on biological facts or inspired by them.

Reading The Vanished Bride has inspired me to get back to reading the new edition of  The Brontës, Juliet Barker’s biography of the family.  I began reading (and never finished) it a few years ago. It is the result of 11 years’ research in archives throughout the world.  It contains a wealth of information, is illustrated and has copious notes and an index.

Juliet Barker is an internationally recognised expert on the Brontës and from 1983 to 1989 she was curator and librarian of the Brontë Parsonage Museum. Her qualifications are impeccable – she was educated at Bradford Girls’ Grammar School and St Anne’s College, Oxford, where she gained her doctorate in medieval history. In 1999 she was awarded an honorary Doctorate of Letters by the University of Bradford, and in 2001 she was elected a Fellow of the Royal Society of Literature. For more information see her website.

Then I thought of these two books –  A Single Thread by Tracy Chevalier, a novel published this year and Singled Out by Virginia Nicholson published in 2007. 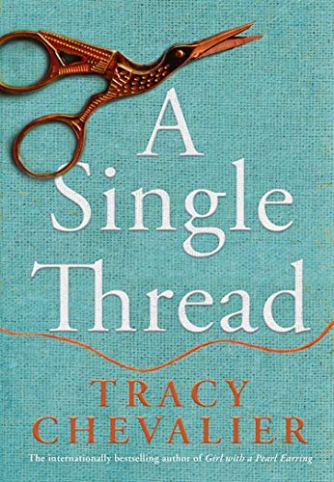 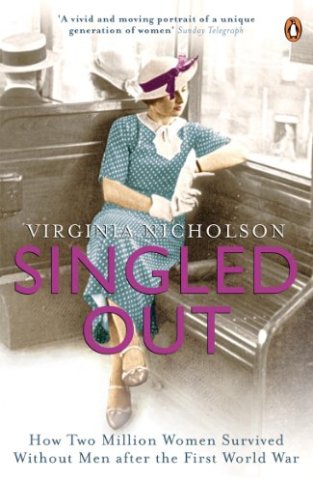 Both are about ‘Surplus Women‘ – nearly three-quarters of a million soldiers were killed during World War One, many of them unmarried young men, leaving a generation of women who had believed marriage to be their birthright without prospective husbands.

A Single Thread focuses on one young woman, Violet whose fiancé, Laurence was killed in the First World War. Determined to be independent she leaves her mother and moves to Winchester, where she joins the Winchester Cathedral Broderers, a group of women dedicated to embroidering hassocks and cushions for the seats and benches. The difficulties of being independent are brought home to her as she struggles on her wages as a typist to pay for her lodgings, laundry and coal, let alone feed herself. And then her mother is admitted to hospital and she has to decide whether to return home to look after her.

Tracy Chevalier writes novels on a variety of subjects, carrying out meticulous research for each one. In this book she lists a number of the many resources she used, including details of Louisa Pesel’s embroidery work as well as the history of Winchester Cathedral, bell-ringing, 1930s women and life in Britain in the 1930s .

Singled Out, in contrast, is nonfiction, telling individual stories of how these ‘surplus women‘ coped with enforced spinsterhood. Tracing their fates, Virginia Nicholson shows how the single woman of the inter-war years had to depend on herself and, in doing so, helped change society. These women harboured harrowing secret sadness, yearning for the closeness of marriage and children. Beginning in 1919 the book traces their experiences across the next two decades as they faced life alone, looking at how they survived economically, emotionally and sexually. There is a note on the sources she used and a select bibliography, plus photographs and an index.

Virginia Nicholson’s father was the art historian and writer Quentin Bell, acclaimed for his biography of his aunt Virginia Woolf and her mother Anne Olivier Bell edited the five volumes of Virginia Woolf’s Diaries. In June 2019 she was elected a Fellow of the Royal Society of Literature. The citation quoted Carmen Callil: “Virginia Nicholson is the outstanding recorder of British lives in the twentieth century.” For more information about see her website.

I have enjoyed looking at these pairs of books. Which books would you choose to compare?