This week’s topic is Books On My Spring 2019 TBR. Some of these books have been on my shelves unread for a long time, some are new additions and others are e-books from NetGalley that will be published soon. I’d like to think I’ll read all these books soon but realistically I know that I’ll only read a few of them this Spring! 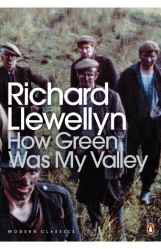 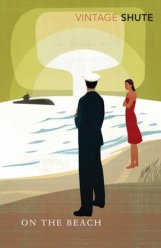 Broken Ground by Val McDermid – DCI Karen Pirie investigates the discovery of a body in the remote depths of the Scottish Highlands.

In Cold Blood by Truman Capote – Capote reconstructs the crime and the investigation into the murders of the four members of the Clutter family on November 15, 1959, in the small town of Holcomb, Kansas.

How Green Was My Valley by Richard Llewellyn – a story of life in a mining community in rural South Wales as Huw Morgan is preparing to leave the valley where he had grown up. He tells of life before the First World War.

On the Beach by Neville Shute – set in Melbourne, Australia this is a novel about the survivors of an atomic war as radiation poisoning moves toward Australia from the North.

Iris and Ruby by Rosie Thomas – the story of a teenage girl, Ruby, who runs away from home to live with her grandmother, Iris in Cairo.

Here Be Dragons by Sharon Penman – set in 13th century Wales this is the story of Llewelyn, the Prince of North Wales, and his rise to power and fame and his love for Joanna, the illegitimate daughter of King John.

A Beautiful Corpse by Christi Daugherty – crime reporter Harper McClain unravels a tangled story of obsession and jealousy after a beautiful law student is shot in Savannah, Georgia.

A Snapshot of Murder by Frances Brody – set in Yorkshire in 1928, when  amateur detective, Kate Shackleton investigates a crime in Brontë country.

Gone Girl by Gillian Flynn – on the day of Nick and Amy’s fifth wedding anniversary, Amy suddenly disappears. The police suspect Nick. Amy’s friends reveal that she was afraid of him, that she kept secrets from him. He swears it isn’t true.

The Island by Ragnor Jonasson – Nordic noir, set on the island of Elliðaey,  off the Icelandic coast. Four friends visit the island during a long, hot summer but only three return. Detective Inspector Hulda Hermannsdóttir is sent to investigate.